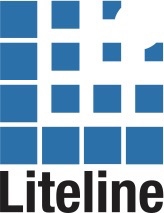 June 21, 2017 – Liteline says it’s focused on growing its North American footprint, so it is expanding its team to increase sales & marketing efforts.

As part of its efforts, Liteline (Richmond Hill, Ont.) has been investing in its digital solutions. Later this year, the company says clients will be able to create projects and share them with stakeholders to streamline the requirements process across projects. The solution was 2 years in the making, says Liteline, and manages more than 1 million product attributes.