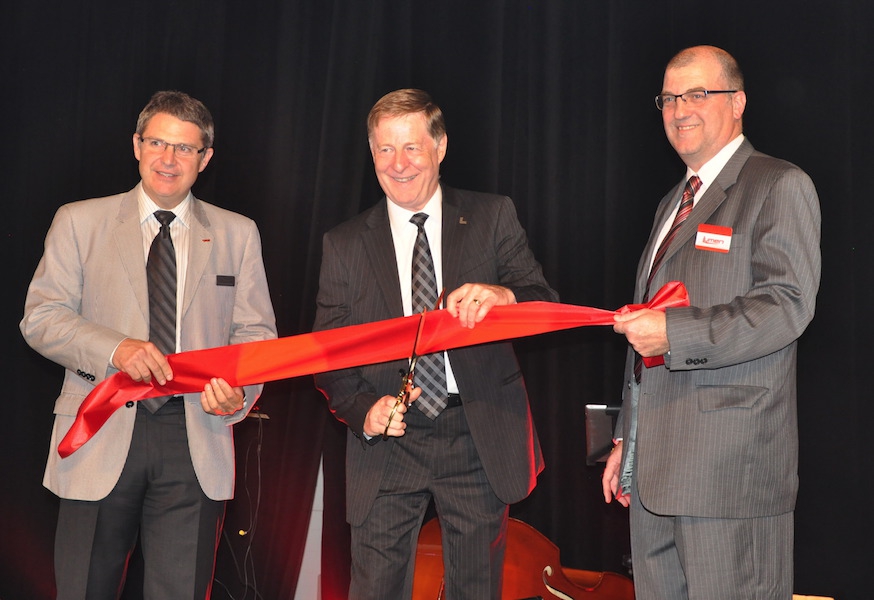 September 24, 2015 – Electrical distributor Lumen (a division of Sonepar Canada) recently held a grand opening of its new central distribution centre in Laval, Que. Customers, vendors and employees from across the province were invited to celebrate.

The building contains a warehouse occupying 305,000 sf with an additional 80,000 sf of office space. Opening the facility with an official ribbon-cutting ceremony were: Serge Leblanc, president of Lumen; Francois Anquetil, president of Sonepar Canada; and Marc Demers, Mayor of Laval.

Lumen says the centre has designated areas dedicated to pipes, wires & cables and more; work flow capabilities are improved by the size and efficiency of the conveyor system and receiving area.