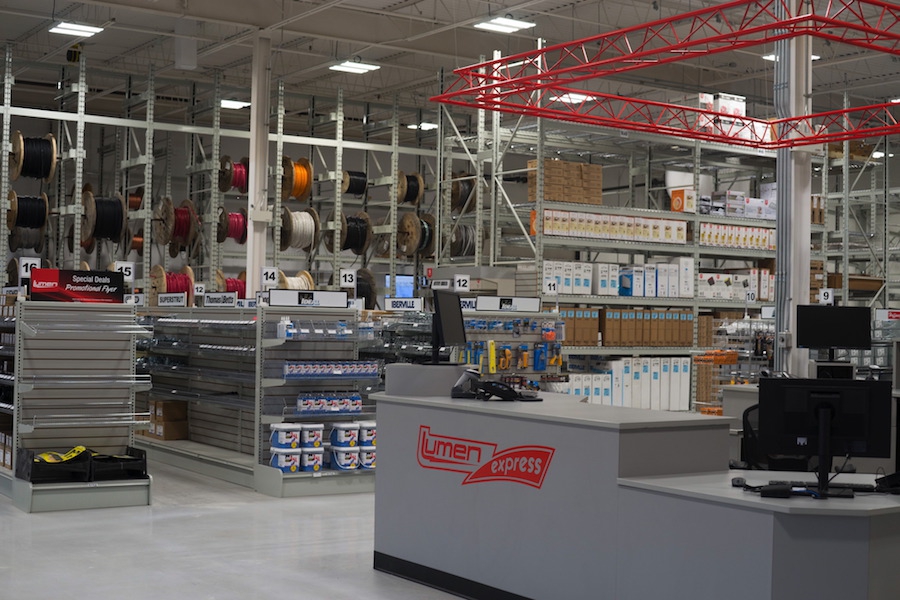 February 29, 2016 – Quebec-based distributorship Lumen (member of the Sonepar Canada family) has expanded into Atlantic Canada with the opening of a new Dartmouth, N.S., branch.

“This branch is service-oriented and will bring a sense of specialization that our customers have never encountered before,” said Fougere. “The open concept this facility features is innovative and uncommon for an electrical branch in this area.”

Dartmouth was chosen for Lumen’s first branch in Nova Scotia due to its high population density and reputation as prime real estate for industrial property, explains Sonepar Canada.

“We are the local guy. We’re here to grow and be part of the community,” said Lumen president, Serge Leblanc, adding that Lumen is “here to invest in the community and be here for the long term”.

Leblanc also confirmed Lumen’s next branch in Atlantic Canada will be located in Moncton, scheduled for opening Summer 2016.