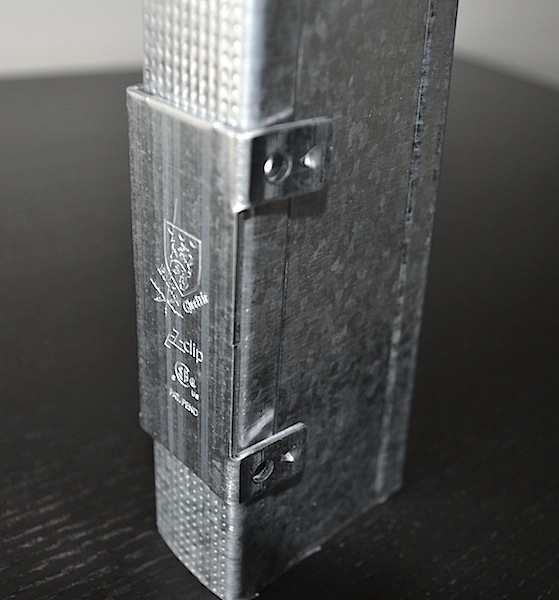 July 17, 2014* – Having worked in the industry for over 20 years, Fortica Electric’s Marijan Rozman says he understands the “pain and frustration” that comes with the limitations of standard protector plates, which is why he invented the patent-pending EZ-clip.

“Not having enough room around the stud to screw into the stud, or dropping the screw and putting it back on the drill, or breaking the four points on standard protector plates then having to use two screws to install… all this frustration led me to design a product that will save time and money,” said Rozman.

The Canadian-made EZ-clip can be used on all types of metal studs, as one size fits all, and no screws are required. Made from galvanized metal, EZ-clip protects your wiring run from pesky drywall screws. To install, simply hook EZ-clip to the inside of the stud, then push it forward until it locks. CSA-approved for Canada and the States, EZ-clip can be purchased directly from its inventor at marijanr@rogers.com or (416) 270-5575.