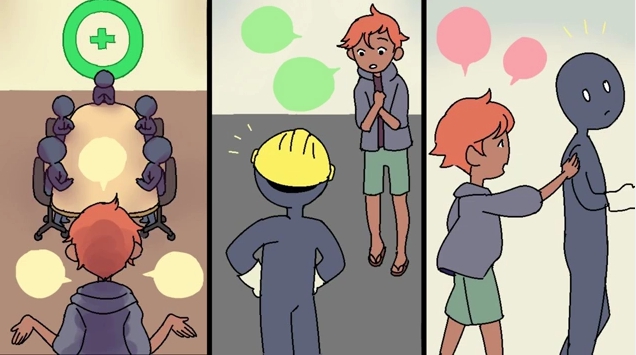 May 3, 2016 – The Canadian Centre for Occupational Health and Safety (CCOHS) has announced the winners of the national Focus on Safety Youth Video Contest 2016. Congrats to everyone who made the cut!

The video contest challenged high school students across the country to produce an original video that could be used in social media to illustrate to younger workers the importance of working safely on the job.

Ten entries were accepted for consideration from 10 provincial and territorial contests from September 2015 to April 2016. The videos were judged by a panel that included: Gareth Jones, acting president and CEO of CCOHS; Shirley Hickman, executive director of Threads of Life; and Jim Hopkins, president of the Canadian Society of Safety Engineering (CSSE).

Winners received $2000 for first place, $1500 for second and $1000 for third, and each winning school also received a matching prize. The winner of the Fan Favourite category took home an extra $1000.

The first-place video was shown at the national launch of North American Occupational Safety and Health (NAOSH) Week in Ottawa.

The winners and links to all of the winning videos are posted on the Young Workers Zone: www.ccohs.ca/youngworkers/video_contest.html.