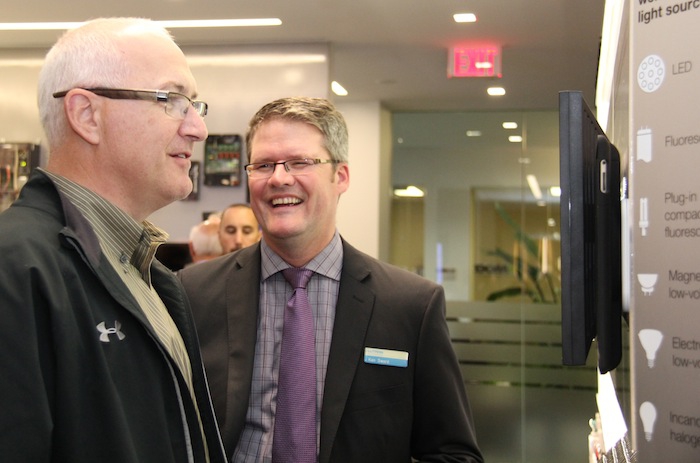 October 11, 2013 – Back in February we told you about a new Lutron experience centre coming to Toronto, Ont., and this week, EBMag attended its grand opening. Located in Markham, Ont., the centre showcases a variety of wireless lighting and shading control solutions for commercial spaces.

Although the Canadian facility will be Lutron’s eighth Experience Centre in North America, it is the first outside of the U.S.

“To me, it was a very obvious choice to put it here in Toronto, for two reasons,” said company president and CEO Mike Pessina, as he addressed the crowd. The first, he mentioned, is due to the ”booming economy” in the city.

“And number two, this is really a specification epicentre for our company and for the world. There’s a lot of specifications being written out of Toronto that are going global,” said Pessina.

“We’re very committed and focused on growing the business in Canada,” he continued, adding that Lutron’s dedication to the Canadian market has “never been stronger”.

CLICK HERE to see our video from the event.