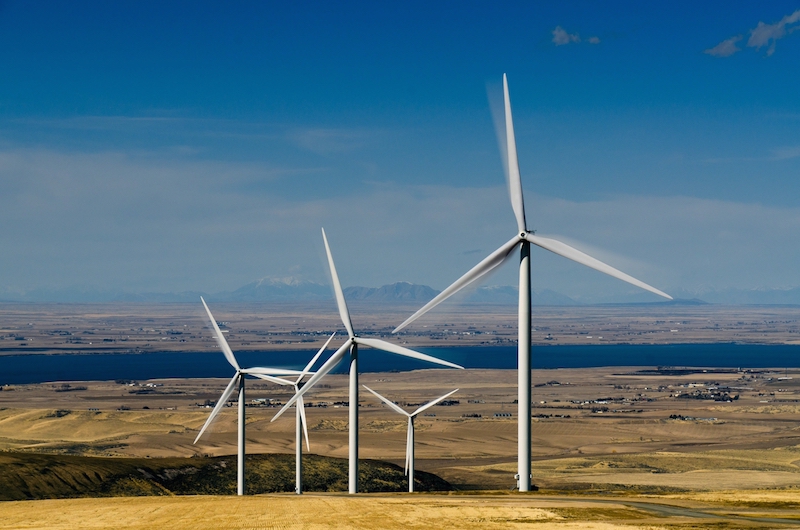 November 26, 2014 – The use of renewable energy in the United States could take a significant leap forward with improved storage technologies or more efforts to ‘match’ different forms of alternative energy systems that provide an overall more steady flow of electricity, say Oregon State University researchers in a new report.

A major drawback to the use and cost-effectiveness of alternative energy systems is they are too variable—if the wind doesn’t blow or the sun doesn’t shine, a completely different energy system has to be available to pick up the slack. This lack of dependability is costly and inefficient, conclude researchers.

In their analysis, the researchers say much of this problem could be addressed with enhanced energy storage technology, or by developing ‘hybrid’ systems in which, on a broader geographic scale, one form of renewable energy is ramping up even while the other is declining.

“Wind energy is already pretty cost-competitive and solar energy is quickly getting there,” said Anna Kelly, a graduate student in the School of Public Policy at Oregon State, and an energy policy analyst. “The key to greater use of these and other technologies is to match them in smart-grid, connected systems.”

For example, the wind often blows more strongly at night in some regions, Kelly said, and solar technology can only produce energy during the day. By making more sophisticated use of that basic concept in a connected grid—and pairing it with more advanced forms of energy storage—the door could be opened for much wider use of renewable energy systems.

“This is more than just an idea; it’s a working reality in energy facilities around the world, in places like Spain, Morocco and China, as well as the U.S.,” Kelly said. “Geothermal is being paired with solar; wind and solar with lithium-ion batteries; and wind and biodiesel with batteries. By helping to address the price issue, renewable energy is being produced in hybrid systems by real, private companies that are making real money.”

Advanced energy storage could be another huge key to making renewable energy more functional, and one example is just being developed in several cooperating states in the West. Electricity is being produced by wind farms in Wyoming, transmitted to Utah where it is stored via compressed air in certain rock formations then, finally, used to help power Los Angeles.

This $8-billion system could be an indicator of things to come, say researchers, since compressed air can rapidly respond to energy needs and be readily scaled up to be cost-competitive at a significant commercial level.

“There are still a number of obstacles to overcome,” said Joshua Merritt, a co-author on the report and also a graduate student in mechanical engineering and public policy at OSU. “Our transmission grids need major improvements so we can more easily produce energy and then send it to where it’s needed. There are some regulatory hurdles to overcome. And the public has to more readily accept energy systems like wind, wave or solar in practice, not just in theory.”

NIMBY (not in my backyard) opposition to renewable energy systems is still a reality, the researchers said, and there are still some environmental concerns about virtually any form of energy, whether it’s birds killed by wind turbine rotors, fish losses in hydroelectric dams or chemical contaminants from use of solar energy.

The near future may offer more options, the researchers say. Advanced battery storage technologies are becoming more feasible. And the birth of small, modular nuclear reactors—which can be built at lower cost and produce no greenhouse gas emissions—could play a significant role in helping to balance energy outflows from renewable sources.

The long-term goal, the report concluded, is to identify technologies that can work in a hybrid system that offers consistency, dependability and doesn’t rely on fossil fuels. With careful matching of systems, improved transmission abilities and some new technological advances, that goal may be closer than realized, they said.

“With development, the cost of these hybrid systems will decrease and become increasingly competitive, hopefully playing a larger role in power generation in the future,” the researchers wrote in their conclusion.