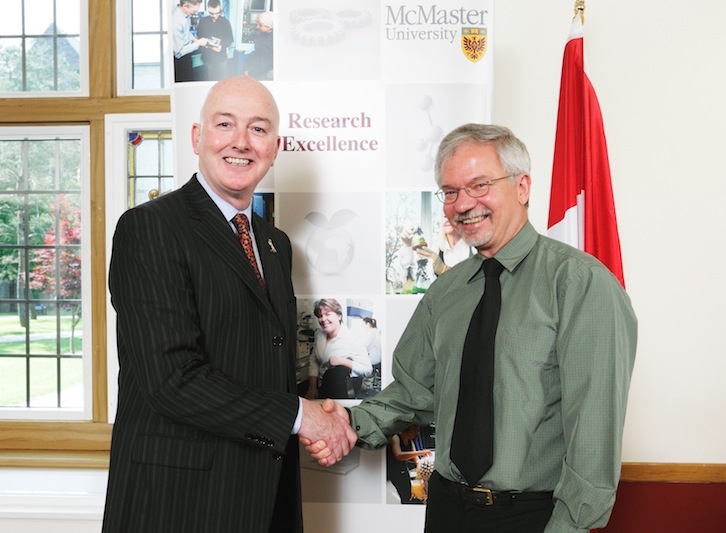 “The future just got brighter for students wanting to help speed developments in the rapidly growing field of solar energy,” reads a release from McMaster University. John Preston, professor of engineering physics at the university, is a recipient of a $1.65-million Natural Sciences and Engineering Research Council of Canada (NSERC) Collaborative Research and Training Experience (CREATE) award that will support the training of students in photovoltaics—the process of turning light into electricity.

“NSERC’s CREATE Program helps graduating students become highly sought-after professional researchers in the natural sciences and engineering, both in Canada and abroad,” said Dr. Suzanne Fortier, president of NSERC. “The program helps not only to improve the skill set of the next generation of Canada’s research talent, but also to support their retention in the workforce.”

The NSERC CREATE Program in Photovoltaics being led by Preston is a collaboration between McMaster, University of Toronto and the University of Waterloo. It will provide students with access to some of the world’s most renowned researchers in the field of photovoltaics, as well as top facilities for preparing, characterizing and testing materials and devices for solar applications. The aim is to train Canada’s next generation of engineers and scientists in the most advanced concepts for the conversion of sunlight to electricity.

McMaster says it has a rapidly growing concentration of solar related research, led in large part by the recently formed Photovoltaic Innovation Network. The network is a partnership between the research community, industry, government, funding agencies and advocacy groups to foster and accelerate the widespread adoption of photovoltaics as a renewable energy resource in Canada.