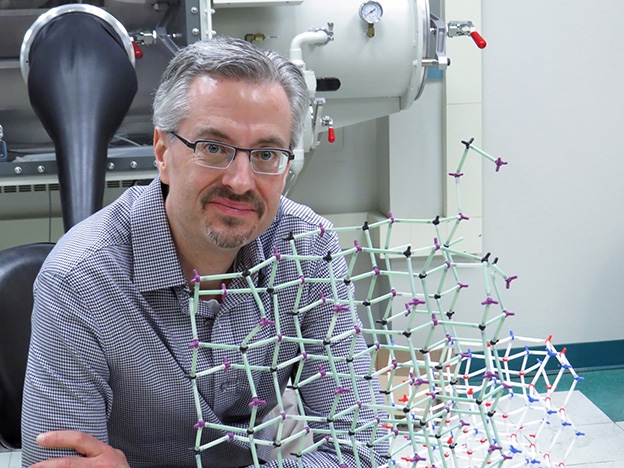 Central to LaPierre’s research program are nanowires, structures whose diameter is 1/1000th the size of a human hair.

“The central challenge in photovoltaic (solar cell) design is to bridge the gap between efficiency and cost. The nanowires developed in my lab have much higher efficiencies due to their superior light absorption and their ability to convert as much as 30% to 40% more solar energy to electricity,” says LaPierre.

Why black solar panels? The bluish solar panels we typically see convert only 15% to 20% of solar energy into electricity. Ideally, those panels should be black, absorbing as much sunlight as possible, rather than losing as much as 30% to reflection.