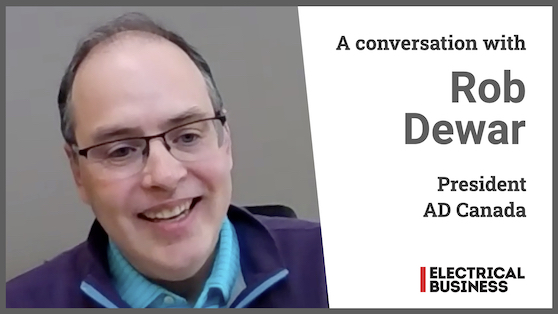 February 17, 2021 – After 28 years of working with independent Canadian distributors, AD established AD Canada as a distinct business unit, serving the more than 150 members of its three Canada-based divisions. Rob Dewar, who previously led the Industrial & Safety-Canada Division, was promoted to president of the new, integrated business unit.

We were curious, so we spoke with Rob to learn more about him, and to discuss what changes (if any) AD Members and Suppliers could expect to see with the new AD Canada.