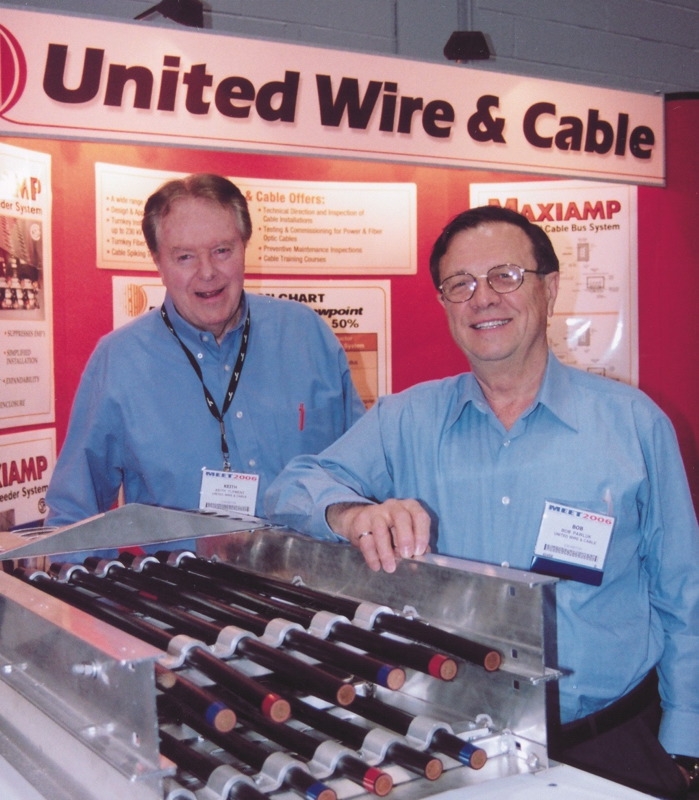 April 27, 2018 – A lot of things have changed since I first began attending and covering The MEET Show for Electrical Business Magazine over a decade ago. Back then, the lighting market was dominated by HIDs, PARs and fluorescents, crummy CFLs were making inroads and LEDs as lighting… well, they were a cute little novelty.

(There also seemed to be more lighting players in the market, until they either got absorbed by bigger players or fizzled out. Nature hates a vacuum, they say, which is why it’s nice to see new lighting players jockeying for market share.)

Consider the standard-looking yet top-of-the-line 2006 work van to today’s high-roof/mobile office models. These days, the latter is the norm. Do you remember when the Sprinter first hit the Canadian market? I’ll admit, it was the oddest-looking thing in the world, yet all the major work van manufacturers have followed suit.

One of things that stand out for me is United Wire & Cable’s Maxiamp cable bus, which is easy to pick out in these photos from the past. When you compare photos from 2006 to those from just two years ago, it doesn’t look like much has changed, besides maybe the booth graphics, but this solution continued to improve and find new applications over the years.

Glenn’s Intelligent Parking Lot Controller (IPLC), relatively new back in 2006, is still around. I last came upon it at AEA’s Learning Expo in Calgary just a few months ago; still doing what it did then, only better.

Anne from Electro-Federation Canada is showing off the 2006 EFC Scholarship brochure. That scholarship program not only endures, but has grown to become one of the most-rewarding programs in Canada. In 2006, it was awarding about $50,000 to deserving pupils; the 2018 instalment, meantime, is awarding a total of $156,250.

In 2006, André from Thomas & Betts (now part of ABB Canada) showed us what looks like Shrink-Kon self-fusing insulation tape, which was even more capable when we last saw it at MCEE in 2017.

What new things will shake up our industry in 2018? Who are the new players? Who will we remember a decade from now? I hope you, too, are excited to see what MEET 2018 has in store.

Check out EBMag’s photos from other MEET Shows:

Related
Join EBMag in Moncton next month for the MEET Show 2018
VIDEO – Meet You in Moncton for MEET 2010
GALLERY • MEET Show Moncton, May 2016
MEET Show 2016 winners and innovators
Tags