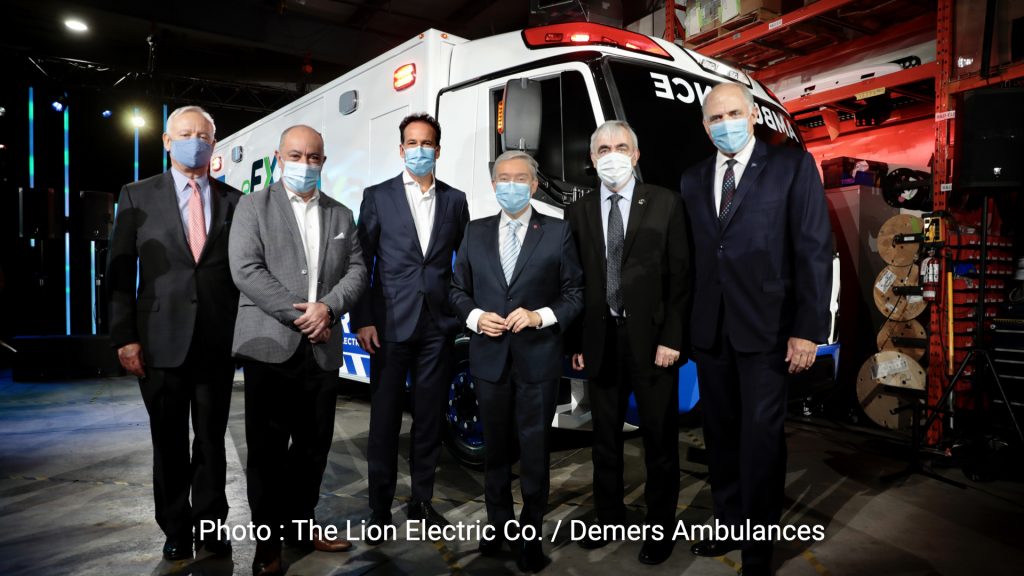 “This is a great day for Demers Ambulances!” said Alain Brunelle, CEO, Demers Ambulances. “Combining innovation and performance, the 100% electric ambulance is the result of an exceptional collaboration with paramedics, and we are particularly proud to see this new vehicle generate so much enthusiasm and excitement from the community!” 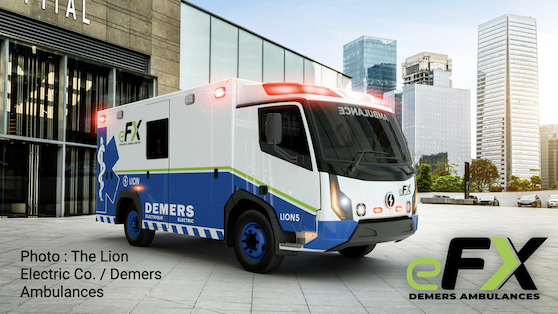 The partners say this new ambulance is the result of nearly five years of collaboration, which also involved direct input from paramedic technicians and emergency medical service companies. The Demers eFX Ambulance is the first ambulance designed according to the needs expressed by paramedics.

“Thanks to the Lion5 chassis and Demers’ expertise, this ambulance provides features never seen before,” said Marc Bédard, CEO and founder of Lion. “It is with great pride that Lion has participated in this transformative project for society.”

Scheduled for commercialization in the second half of 2022, this new model of ambulances was developed with the support of the Government of Quebec and the National Research Council of Canada Industrial Research Assistance Program (NRC IRAP).

The Lion5 chassis of the Demers eFX Ambulance will be assembled in Saint-Jerome by Lion, while the medical compartment and final assembly will be carried out by Demers Ambulances in Beloeil.

The eFX will be sold throughout North America and, eventually, worldwide. The exclusive mutual agreement between Lion and Demers contemplates the deployment of at least 1500 electric ambulances over the next five years by Demers Ambulances.

“The realization of this 100% electric ambulance highlights Quebec’s expertise in the design of electric vehicles, and its leadership in the electrification of transportation,” said Pierre Fitzgibbon, Minister of Economy and Innovation, Quebec.

Watch the video below to check out some of the pioneering non-electric features of the eFX ambulance.