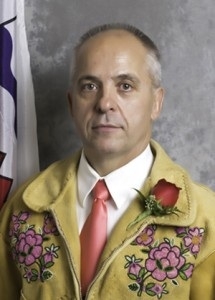 December 13, 2011 – “Mr. Speaker, the Northwest Territories Power Corp. has been undergoing rapid and significant transition over the past three months. This transition is required to maintain the confidence of its customers and sole shareholder the GNWT. While NTPC has delivered power to the customers of the NWT for many years, pressure with respect to increasing rates and sliding reliability demanded significant changes. While many changes have already been implemented, others will take further time to complete.

There are some significant challenges ahead for NTPC; namely: a General Rate Application, the gas situation in Inuvik and Norman Wells, as well as ensuring the Bluefish project stays on budget. However, the new organization is now better positioned to manage these significant issues.

Some of the areas where improvements have already begun are:

• A complete restructuring where the corporation flattened the management structure to eliminate layers between front line employees and the top of the organization.

• Elimination of nine redundant or unnecessary positions. This included the COO and several other senior positions within the organization.

• Significant unit cost reduction initiatives have been implemented at NTPC in anticipation of required increases to rates. These increases are due primarily to five years of general inflationary and diesel cost pressures since the last General Rate Application.

• NTPC is now focused on operating and maintaining the power systems of the NWT. NT Hydro is now responsible for renewable energy projects as well as development of a long term NWT Power System Plan. This will allow each part to focus on achieving excellence in their respective areas.

• NTPC’s management “At Risk” pay structure or bonus system is now aligned with that of the GNWT. This has been a long-standing issue that has finally been addressed by the corporation.

• NTPC has developed a strategic plan focused on striving for excellence in the three areas that customers measure their performance most: reliability of service, price of electricity and meeting commitments made. This will be achieved by working towards excellence in four key areas: employee, operational, customer service and financial excellence.

• NT Hydro has also developed a strategic plan focused on improving the system that delivers energy to Northerners as well as facilitating industry coming to the NWT. This strategy specifically aims to deliver renewable community-based projects in partnership with government, develop a long-term power system plan, service start-up private industry with power to build a strong northern economy, and lastly examination of alternative fuels like biomass and geothermal to heat as well as power our communities.

Some of the areas where more work remains include:

• Creating apprenticeships for Northerners so that the people of the NWT have the opportunity to be trained to work in skilled jobs that contribute to life in the North.

• A condition assessment of all NTPC assets that will drive the development of effective and efficient maintenance programs as well as capital replacement programs.

• The use of key performance indicators and benchmarking with comparable utilities that will drive the implementation of best practices and ultimately lead to top quartile performance.

• Development of a business-focused culture that strives for the lowest cost and treats expenditures as their own. This means working to reduce costs from within and externally from suppliers.

• The filing of the General Rate Application in the next few months where NTPC will explain its costs, the significant gap between present revenues and the required revenue to operate the company, and what it is doing to manage costs so as to keep rates as low as possible.

• Working with GNWT to develop an affordable and transparent process that protects the interest of rate payers during a General Rate Application, without costing in excess of $2 million that all rate payers have to pay for.

• Implementing community-based renewable projects in partnership with government where the gap between costs of various technologies versus existing cost of power is minimized.

• Development of a NWT power system plan where we highlight all the known potential sources of energy and requirements to connect them. This will provide a basis for us to consider and discuss our energy future. The projects that ultimately proceed can only be the ones that bring real benefits to the residents of the NWT.

While there are some significant hurdles to overcome in the coming year and beyond, progress is being made and the Power Corp. has been directed to deal with these issues head on and work towards the best outcome for the residents of the NWT. I will be providing regular reports to Members of this Assembly on the progress being made at NTPC and NT Hydro as we move forward.