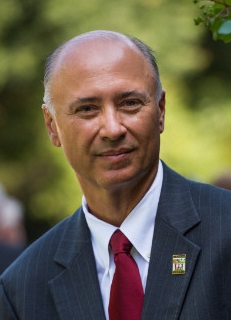 July 18, 2016 – Mike Rencheck has been appointed president and CEO of Bruce Power, effective August 15, 2016. He takes the reins from Kevin Kelly, who has served as acting president since March.

“The international experience and track record that Mike Rencheck brings to the table in operations, project execution and as a strong voice for the industry are a perfect fit as the organization embarks on a multi-year investment program to secure its role in Ontario’s Long Term Energy Plan,” said Don Wishart, chair of the Bruce Power board of directors.

Over the last 33 years, Bruce Power notes Rencheck has served in a number of roles in the nuclear industry, most recently as the deputy chief operating officer for Areva.

In 2014, Rencheck was recognized by the National Safety Council for his commitment to worker safety and health as part of the “CEOs who get it” campaign.