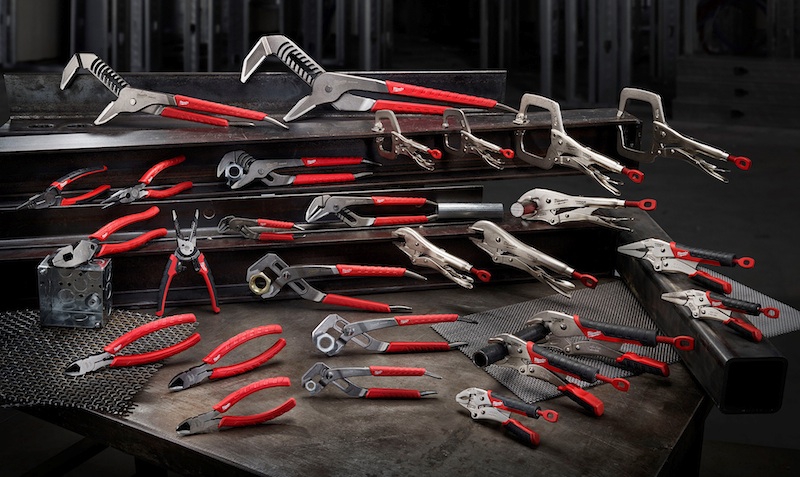 July 23, 2015 – Milwaukee Tool has redesigned and expanded its pliers line with 14 new products. With slimmer grips and application-specific designs, the expanded line up of fastening and cutting pliers are up to 30% lighter than their predecessors, Milwaukee says.

The new straight jaw pliers line, which includes sizes from 6-in. to 20-in., feature grips and exposed metal handles with an “aggressively ground head for reaming and punching applications”, the company said.  The exposed handles and reaming head give users the ability to ream EMT and punch electrical knockouts with their pliers; without having to peel or remove their plastic handles.