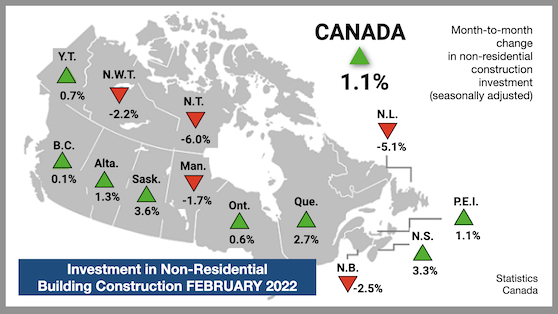 April 16, 2022 – Investment in building construction increased 4.0% in February 2022, reaching $20.0 billion. Most provinces reported gains, with Quebec accounting for over 50% of the increase. 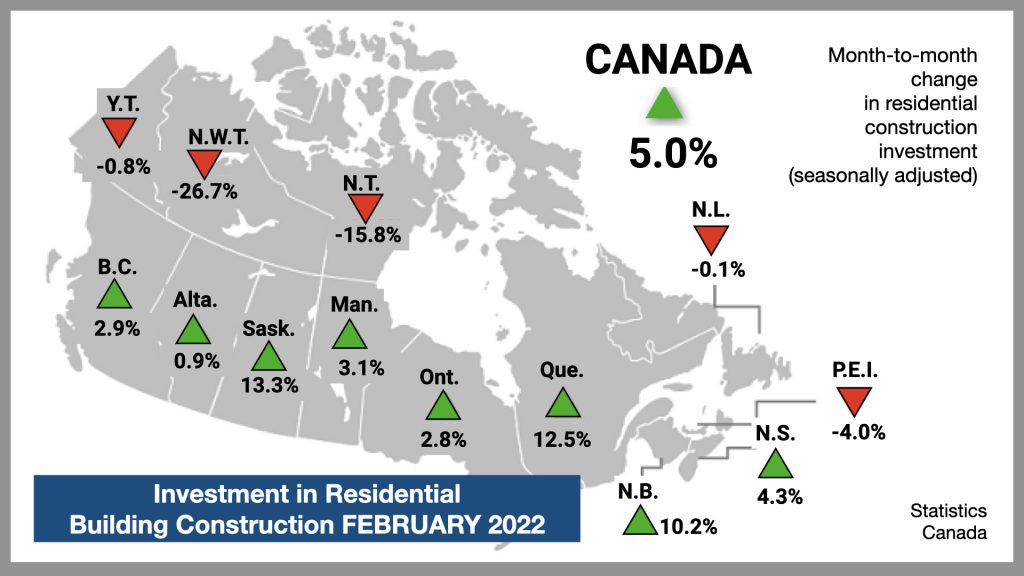 Conversely, Saskatchewan declined for a third straight month as it returned to more historic levels, following higher investment in October and November 2021. 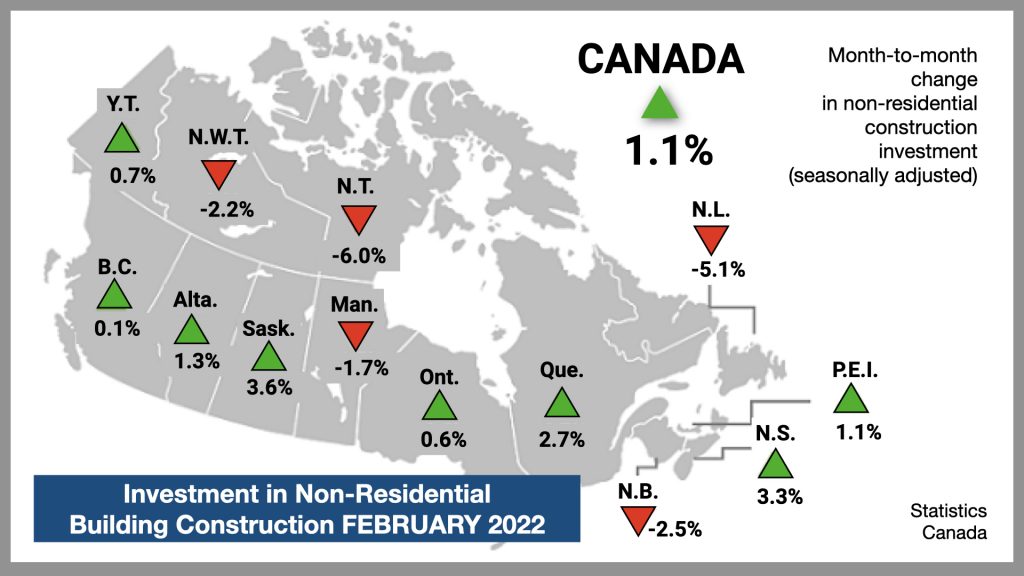 Commercial investment was up 1.0% to $2.8 billion, with Alberta leading the way (+3.2%). The only two provinces that posted declines in this component were New Brunswick and Manitoba.

Investment in the institutional component was largely unchanged in February (+0.1%). Similar to the previous month, gains in Quebec (+1.9%) largely offset losses posted in seven other provinces.

Industrial construction investment rose 2.8% to $893 million, with Ontario (+3.3%) and Quebec (+4.5%) accounting for over 90% of the national gain. This was largely due to several new manufacturing and maintenance building projects in both provinces, while other provinces remained at more historic levels.