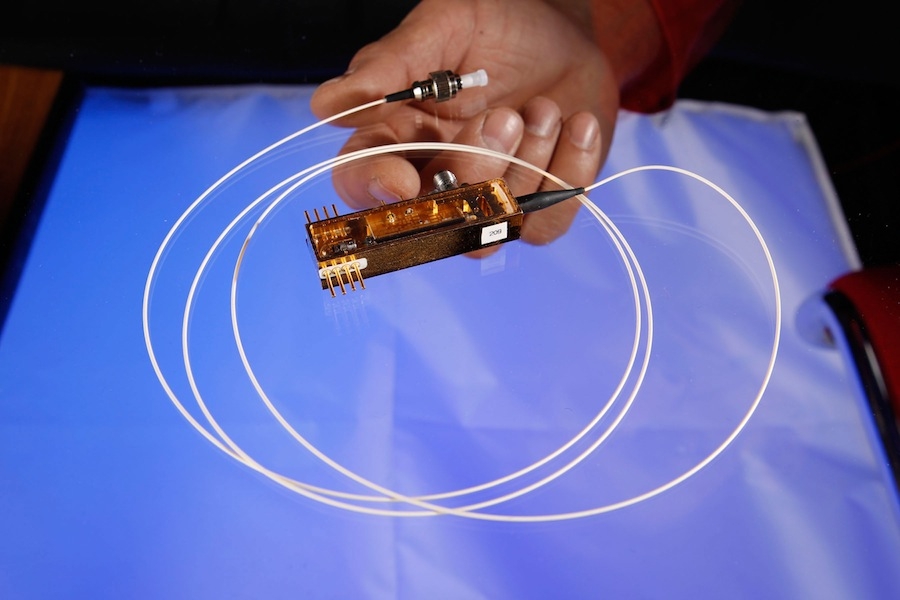 At the heart of the quantum-secured communications system is a miniaturized QC transmitter invention (known as a QKarD) that is five orders of magnitude smaller than any competing QC device, say researchers. Jane Nordholt, the Los Alamos principal investigator, put it this way: “This project shows that quantum cryptography is compatible with electric-grid control communications, providing strong security assurances rooted in the laws of physics, without introducing excessive delays in data delivery.”

A late-2012 demonstration at University of Illinois Urbana-Champaign showed that quantum cryptography provides the necessary strong security assurances with latencies that are at least two orders of magnitude smaller than requirements. Further, the team’s quantum-secured communications system demonstrated that this capability could be deployed with only a single optical fiber to carry the quantum, single-photon communications signals, data packets and commands.

The Los Alamos team is seeking funding to develop a next-generation QKarD using integrated electro-photonics methods, which would be even smaller, more highly integrated, and open the door to a manufacturing process that would result in lower unit costs.