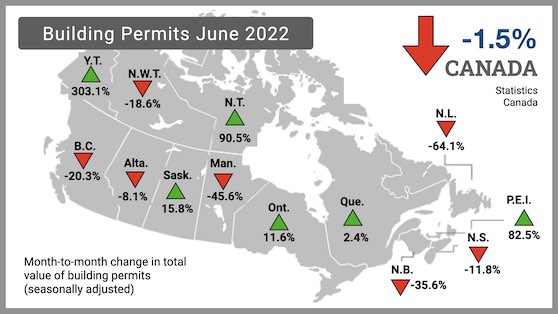 August 4, 2022 – Statistics Canada reports the total value of building permits in Canada declined 1.5% in June to $11.9 billion, mainly due to the non-residential sector, which dropped 10.4% to $3.7 billion, after posting its second-highest monthly value.

Nationally, the value of residential permits in June increased 3.1% to $8.2 billion. 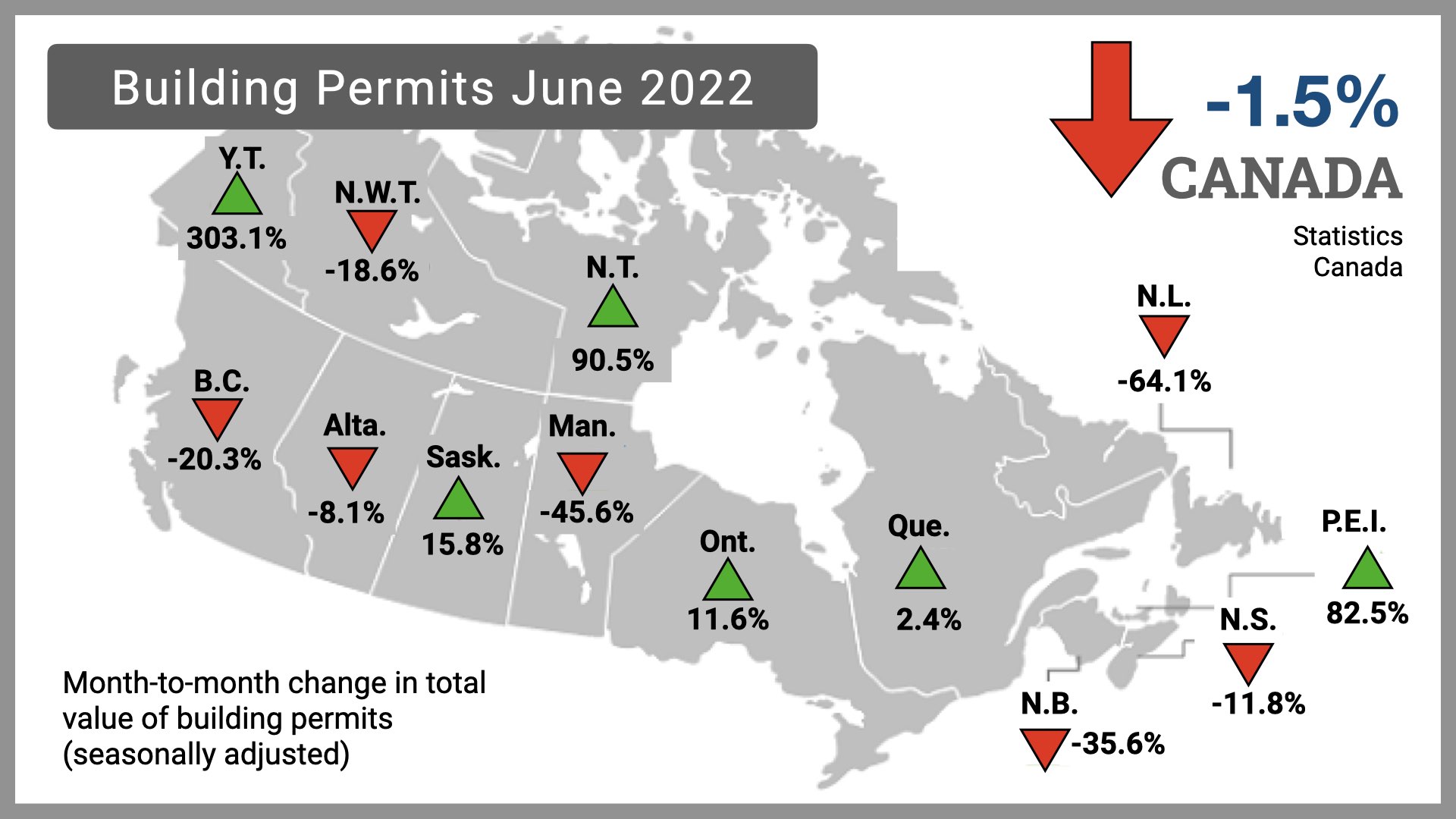 The value of multi-family permits increased 6.5%, with Ontario (+24.8%) leading the way, due to several apartment buildings being built in Mississauga. Overall, 15 out of the 20 highest-value permits submitted across all sectors were for apartment or condo buildings.

Construction intentions in the single-family home component declined 0.6% due to large decreases in Manitoba and Newfoundland & Labrador. Gains in Ontario (+2.1%) helped to counter these losses.

The total value of non-residential sector permits fell 10.4% to $3.7 billion, largely due to decreases in British Columbia’s commercial and institutional components.

Commercial permit values decreased 2.7%, with declines in eight provinces. In contrast, Ontario saw a notable increase (+37.5%), driven by a permit for a large office building in Toronto.

Construction intentions in the institutional component fell 32.2%, following strong growth in May resulting from a large hospital permit in BC.

Conversely, the value of industrial permits rose 0.6%, especially in Saskatchewan (206.0%), due largely to the construction of a new power plant in Moose Jaw. 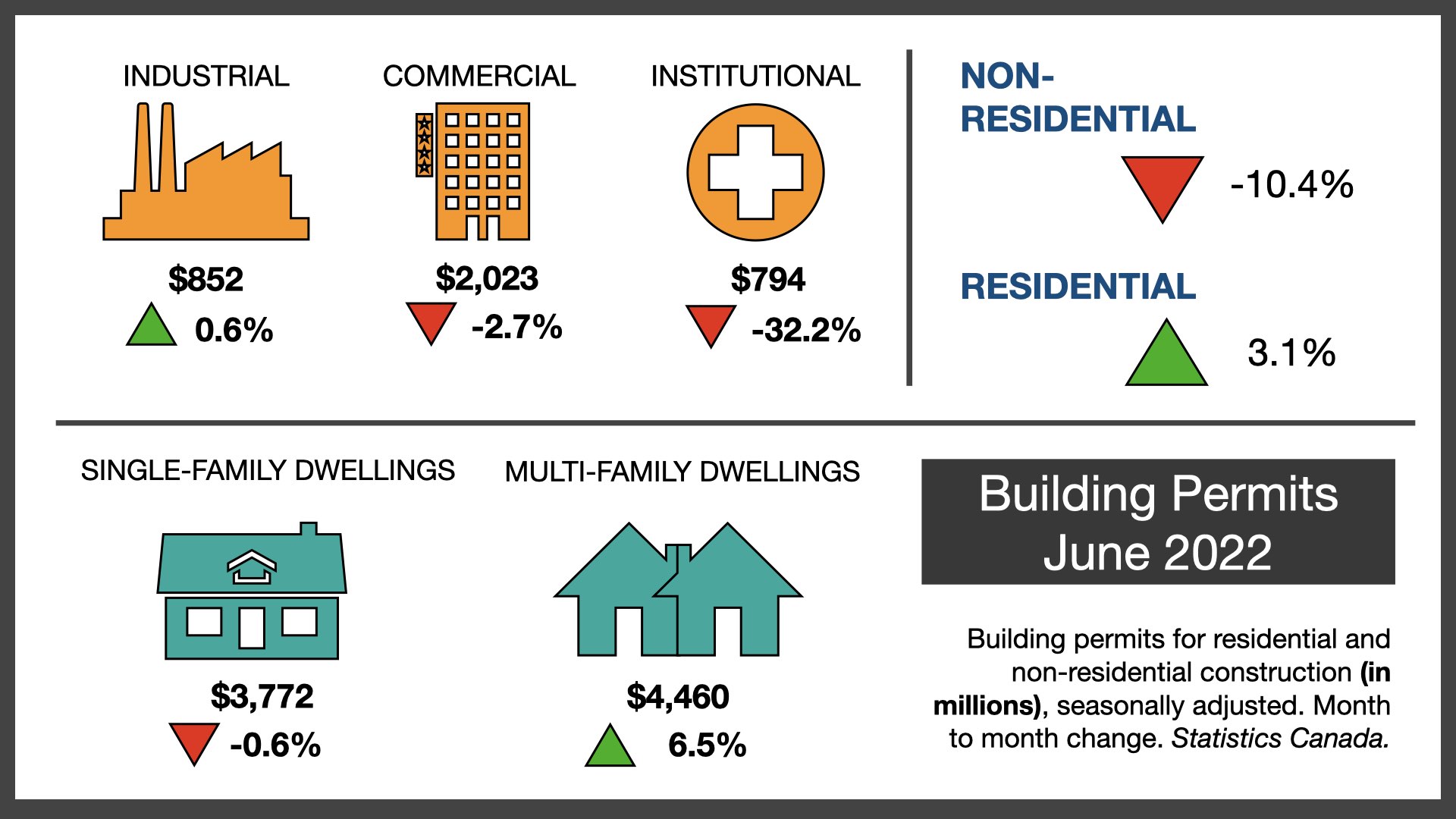 In the second quarter of 2022, the total value of building permits increased 2.8% from the previous quarter to $35.9 billion, with gains in both the residential and non-residential sectors.

The residential sector increased 7.2% this quarter, with gains in the value of both single- (+5.0%) and multi- (+9.3%) family permits. British Columbia led the growth, followed by Alberta and Ontario.

The number of new residential units rose 6.0%, after a decline of 7.8% the previous quarter. This incline was driven by a rebound in the multi-unit component (+8.9%).