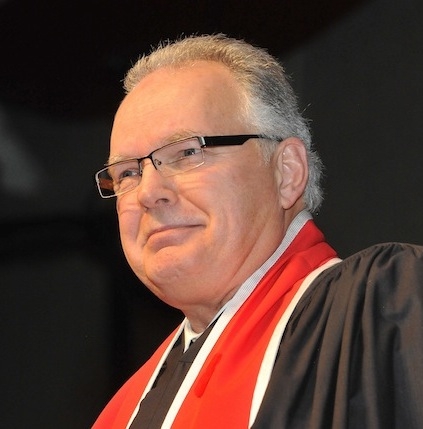 “My name is Rod Cameron and I am the chair of the Appointments Council for the Ontario College of Trades. The college is at a critical point in its development and needs your input.

The Ontario College of Trades is the first self-regulating college in Canada—established for tradespeople and by tradespeople—to promote excellence and provide new opportunities for skilled labour to succeed within their chosen trade, including those from your industry.

That’s why the College is seeking more than 500 leaders to begin the process of self-regulating Ontario’s trades. When we begin operating in 2012, the college will represent members in 150 trades and more than three quarters of a million Ontario workers.

We’re encouraging leaders, tradespeople and employers in the trade industries to submit an application to join the Ontario College of Trades and help improve the trades for years to come.

For more information, please find attached a media release (below) on the appointments council. To learn more about the Ontario College of Trades or to submit an application, please visit www.collegeoftrades.ca/appointments.

We look forward to your applications.”

The Ontario College of Trades is seeking more than 500 leaders to begin the process of self-regulating Ontario’s trades. The college will be in operation in 2012. At that time, it will represent members in 150 trades, from steamfitters to electricians to chefs and hairstylists.

The Ontario College of Trades is a self-regulatory body—made for the trades, and by the trades—that will have a major impact on how the trades learn, work and are certified. Applications are now being accepted from journeypersons, apprentices, employers and the general public.

The Appointments Council has put out a call for applications for the Board of Governors, four Divisional Boards and the individual Trade Boards. These new leaders will be drawn from a pool of tradespeople that could be as high as one million in the province, including journeypersons, apprentices and employers. Interested individuals should apply online at www.collegeoftrades.ca/appointments.

“We are looking for people who really know their trade and are committed to making it better for everyone involved,” said Cameron. “Successful applicants will help guide the future of their specific trade and the college for years to come.”

21 of the available positions are for the Board of Governors itself, which will administer and manage the affairs of the college. The positions include four members selected from each of the college’s four trade sectors of construction, industrial, motive power and service. These four members, along with membership from the Divisional and Trade boards, will be divided equally between employers and employees.

The Board of Governors will also consist of four members from the general public, with no direct trade affiliation, and one member from the public community college sector. The four Divisional Boards will represent each of the four sectors and the individual Trade Boards will be responsible to their Divisional Board for affairs within the specific trade.

The deadline for applications for all positions is March 31, 2011. For more information on the Ontario College of Trades and the application process, or to submit an application, please visit www.collegeoftrades.ca/appointments.