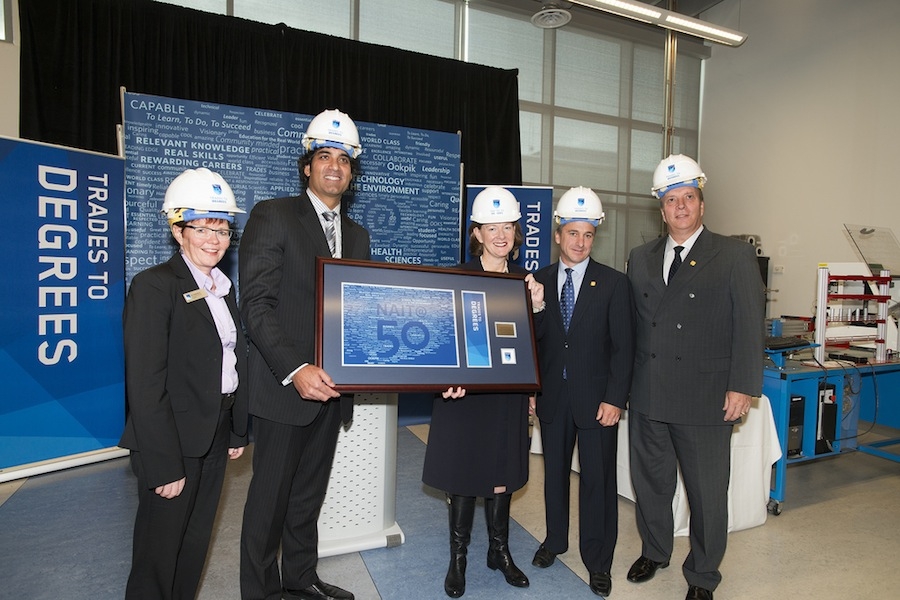 January 29, 2013 – The Northern Alberta Institute of Technology (NAIT) has launched what it calls one of the first pathways in North America—Trades to Degrees—to allow certified tradespeople the opportunity to move directly from a trades certificate to the third year of a degree program.

“Trades to Degrees will be transformative,” said Dr. Glenn Feltham, NAIT president and CEO. “By providing a direct pathway from trades certification to a degree, we’re acknowledging the work experience and post-secondary education that led to certification. The pathway recognizes the value of what has been achieved by the tradesperson.”

The pathway is a response to workforce demand for tradespeople with managerial, leadership and entrepreneurial skills, says NAIT.

Trades to Degrees was introduced in the 2012 fall semester through NAIT’s JR Shaw School of Business, with an inaugural cohort of 22 students comprised mostly of NAIT instructors, who are helping to shape and define the pathway.

Under Trades to Degrees, certified tradespeople can be admitted directly into the third year of the Bachelor of Business Administration (BBA) program. The pathway will be expanded to other degree programs offered at NAIT.

“This is huge step forward for Alberta’s students,” said Premier Alison Redford. “They can enter the trades confidently, knowing that they have the best of both worlds—great jobs and opportunities for further post-secondary education. NAIT is opening these doors by helping people in the trades use their skills and experience to step into positions as managers and leaders in our economy.”