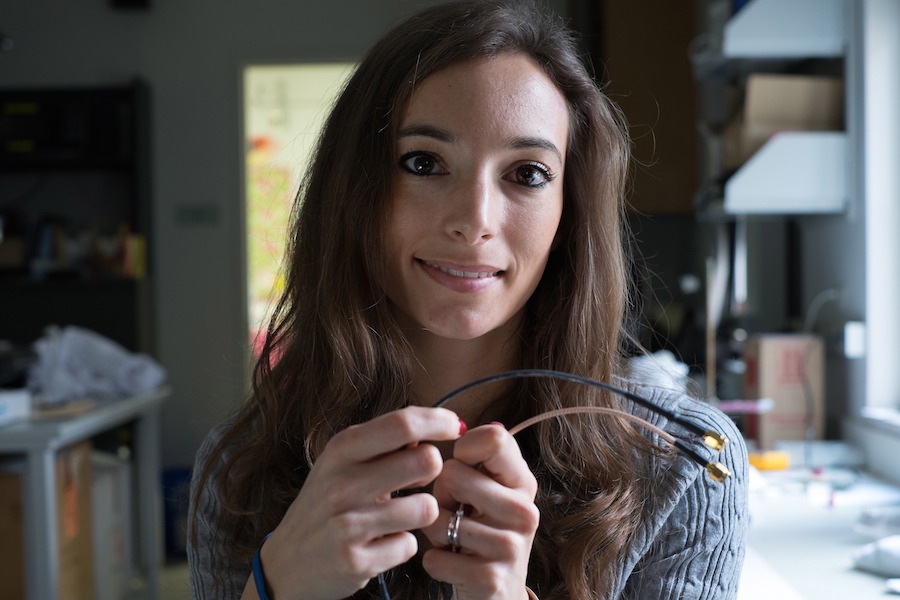 January 29, 2016 – If Rice University scientists had their way—especially with airplanes and spacecraft—common coax would be made 50% lighter with a new nanotube-based outer conductor they developed.

The lab of prof. Matteo Pasquali has developed a coating that could replace the tin-coated copper braid that transmits the signal and shields the cable from electromagnetic interference. This metal braid, say the scientists, is the heaviest component in coax data cables.

Rice research scientist Francesca Mirri, lead author of the paper describing this creation, made three versions of the new cable by varying the carbon-nanotube thickness of the coating. She found that the thickest (roughly 90 microns, about the width of a human hair) met military-grade standards for shielding, and was also the most robust; it handled 10,000 bending cycles with no detrimental effect on performance.

“Current coaxial cables have to use a thick metal braid to meet the mechanical requirements and appropriate conductance,” Mirri said. “Our cable meets military standards, but we’re able to supply the strength and flexibility without the bulk.”

Replacing the braided metal conductor with the nanotube coating eliminated 97% of the component’s mass, Mirri said, adding the lab is working on a method to scale-up production.