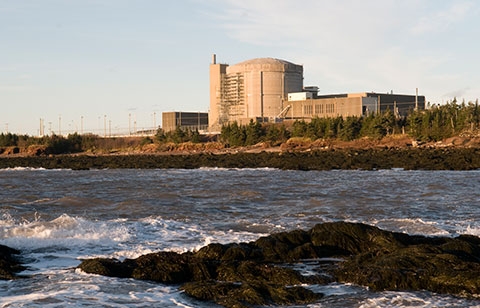 November 28, 2016 – According to NB Power, the process to renew the power reactor operating licence for the Point Lepreau Nuclear Generating Station in Maces Bay is underway and the company is preparing for a two-part public hearing process, set to begin in early 2017.

In June, NB Power applied for a five-year licence issued by an independent federal nuclear regulator, the Canadian Nuclear Safety Commission. The current licence expires in June 2017. The upcoming hearings will be open to the public and streamed live on the commission website.

In the meantime, NB Power is hosting a public information session on November 29, 2016, from 6-8 pm at the fire hall in Dipper Harbour, N.B.

“The session will provide community members, interested stakeholders and the public opportunities to speak with members of our team to learn about the programs in place to ensure safe, reliable operation of the station,” said Brett Plummer, site vice-president and chief nuclear officer. “In the coming months, as part of the licence renewal process, we will be demonstrating to the regulator that the station continues to operate safely, meeting or exceeding the requirements of the Nuclear Safety and Control Act, to protect our staff and the public. This session is our opportunity to share our improvements and performance results with New Brunswickers before the hearings”.