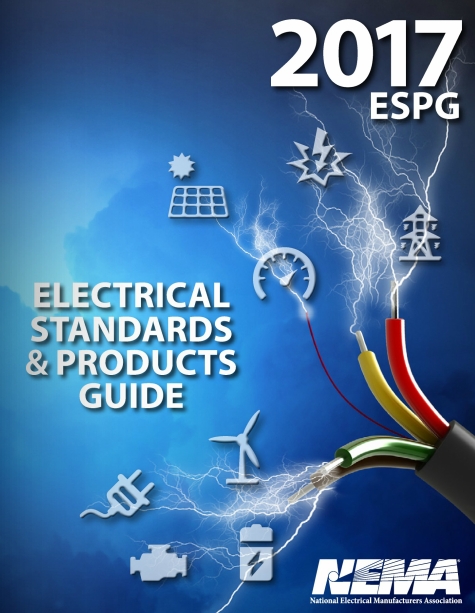 January 24, 2017 – The National Electrical Manufacturers Association (NEMA) published the 2017 edition of its Electrical Standards & Products Guide (ESPG), a listing of NEMA electrical standards as well as a directory of manufacturers and their products.

“Technical standards benefit users and manufacturers by improving safety, eliminating misunderstandings between manufacturer and purchaser, and assisting the purchaser in selecting and obtaining the proper product for his particular need,” said Jim Wright, chairman of the NEMA Codes & Standards committee.

NEMA members are eligible for a 20% discount on standards.

The association says ESPG is used by military, government and private buyers who work in architecture, construction, lighting, medical imaging, motors and industrial controls, transmission and distribution, transportation, and other industries that specify and use electrical equipment.

A complimentary copy of ESPG may be downloaded below or by clicking HERE.