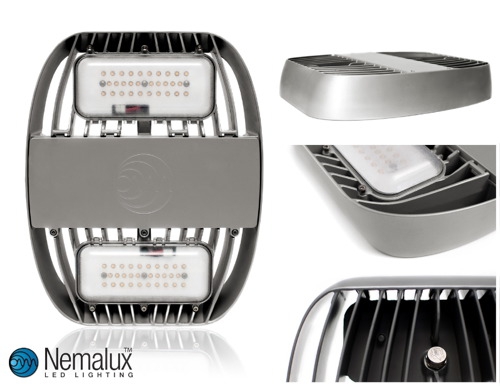 August 16, 2016 – Nemalux has introduced the MR series LED luminaire to replace traditional 75-250W fixtures. The company says the MR was created to respond to demand for a multi-function LED luminaire that could be configured to fit commercial and industrial lighting scenarios.

Broad beam distributions allow for a large variety of lighting patterns, Nemalux says, and several adjustable brackets allow for a multitude of mounting with the MR.