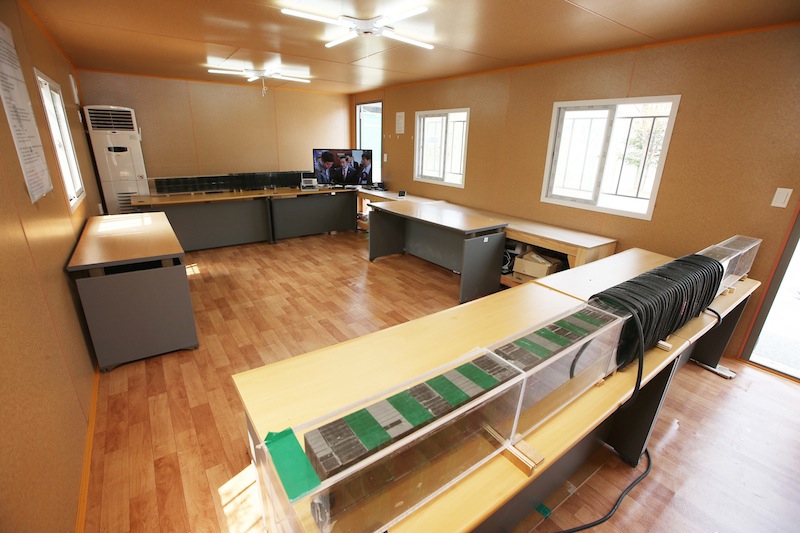 April 24, 2014 – Chun T. Rim, a professor of nuclear and quantum engineering at KAIST (Korea Advanced Institute of Science and Technology), and his team recently showcased their improvement in the distance that electric power can travel wirelessly: up to 5 metres.

Off-hand, this doesn’t sound like a lot, but MIT’s (Massachusetts Institute of Technology) coupled magnetic resonance system (CMRS)—which used a magnetic field to transfer energy—achieved just 2.1 metres, says KIAST (back in 2007, mind you).

Rim and his team developed the dipole coil resonant system (DCRS) for a 5-m range of inductive power transfer between transmitter and receiver coils. “With DCRS, a large LED TV as well as three 40W fans can be powered from a 5-metre distance,” said Rim.

DCRS features a coil structure with two magnetic dipole coils: a primary to induce a magnetic field and a secondary to receive electric power. The KAIST team used compact ferrite core rods with windings at their centres. The high-frequency AC current of the primary winding generates a magnetic field, then the linkage magnetic flux induces the voltage at the secondary winding.

The team conducted several experiments and achieved promising results: for instance, under the operation of 20 kHz, the maximum output power was 1403W at a 3-metre distance, 471W at 4 metres and 209W at 5 metres. For 100W of electric power transfer, the overall system power efficiency was 36.9% at 3 metres, 18.7% at 4 metres and 9.2% at 5 metres.

“Just like we see Wi-Fi zones everywhere today, we will eventually have many Wi-Power zones at such places as restaurants and streets that provide electric power wirelessly to electronic devices,” said Rim, who added that although long-range wireless power transfer is still in the early stages of commercialization and quite costly to implement, “we believe that this is the right direction for electric power to be supplied in the future”.

Photo 1: A prototype of the dipole coil resonant system (DCRS) developed by the KAIST research team turns on an LED television at a distance of 5 metres.