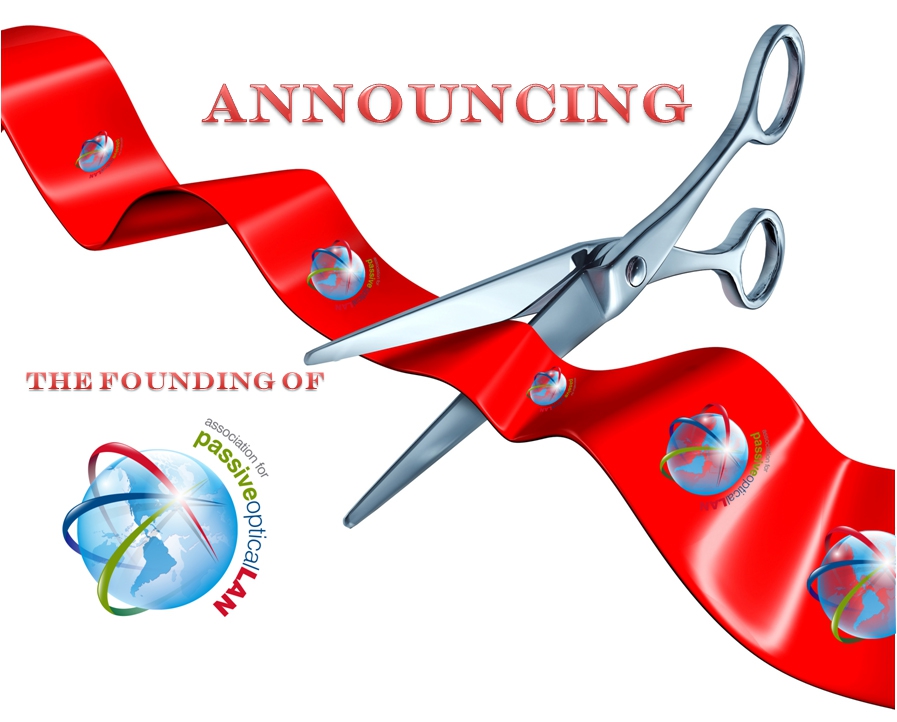 October 22, 2013 – With the mission to advocate for and drive the “education and global adoption of passive optical networks” in the LAN industry, seven businesses—Corning, IBM, Leidos, TE Connectivity, Tellabs, Zhone and 3M—have formed the Association for Passive Optical LAN (APOLAN).

Passive optical LAN (POL), described as the next generation for LAN infrastructure, serves as a means to deliver voice, video, data, wireless access, security and high-performance building automation. According to APOLAN, the technology brings a revolutionary change to the IT industry, as offers the scale and bandwidth to address current and future demands, while saving capital and operational costs, energy and space.

“With data and video consumption forecast to grow between 7-10 times in the next few years, the demand for highly cost-effective and high-quality voice, video, and data continues to grow in the enterprise LAN market space, making passive optical LAN an appealing solution to address current and future bandwidth demands,” said Nav Chander, research manager, Enterprise Telecom at IDC. “The APOLAN will provide valuable education and guidance to those considering this type of networking solution, and I expect they will serve as strong advocates for its global adoption.”

“The deployments of passive optical LAN to date have demonstrated significant cost and performance advantages compared to traditional Ethernet designs, and the optical foundation “future-proofs” the network for any new bandwidth demand – a clear advantage over existing copper solutions,” said Dave Cunningham, president and chair of the APOLAN.