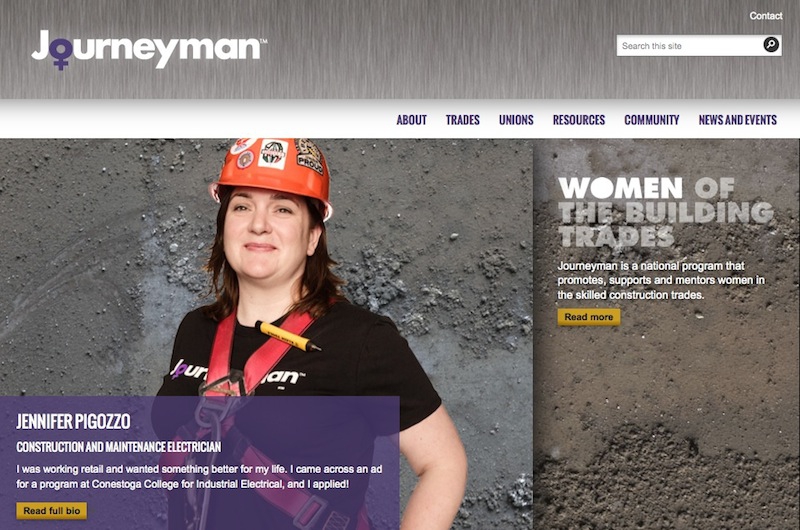 May 7, 2014 – A national program to promote, support and mentor women employed or considering employment within the unionized skilled construction trades was launched at the 2014 Canada’s Building Trades Unions (CBTU) conference in Gatineau, Que.

Entitled Journeyman, the initiative is represented nationally by female apprentices or journeypersons, each a member of one of the 14 Canada’s Building Trades Unions (CBTU) affiliated trade unions. These women are responsible for mentoring trade workers, and aspiring male and female workers, as well as attending various regional and local events on behalf of CBTU, including networking functions, mentorship events, high schools, charity and media events, tradeshows and career fairs.

“The more we educate young women and men through mentorship, the more they will see the many incredible career paths they can pursue in the skilled trades,” noted Journeyman founder and primary spokesperson, Jamie McMillan, who is an ironworker and foreman. “There are 14 affiliated Building Trades unions in Canada and over 60 apprenticeships within them; journeyman wages that range from $35 to $45 per hour, and a range of work from coast to coast. It sells itself.”