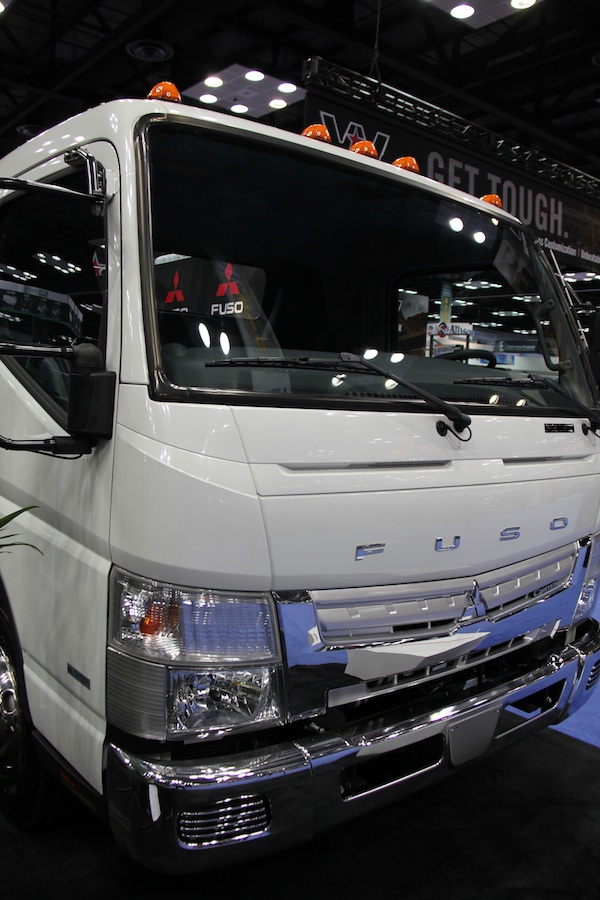 According to the company, the boost in GVWR is actually the second part of a program to expand the utility and versatility of its Class 3 offering. In making the introduction, Todd Bloom, president and CEO, says, “Strategically, this new truck is a direct result of our continuing efforts to improve and refine our products to provide increasing value to Fuso owners.”

The FE130 boasts a 13,200 lb GVWR, while individual axle ratings are 5,360 lb front and 9,880 lb rear. Describing the additional 700 lb as the “single greatest advantage” of the FE130, Bloom says the increase in body/payload capacity allows the operator to carry more in each trip, thereby reducing overall transportation costs. (Photos from Work Truck Show 2014 by A. Dalton)