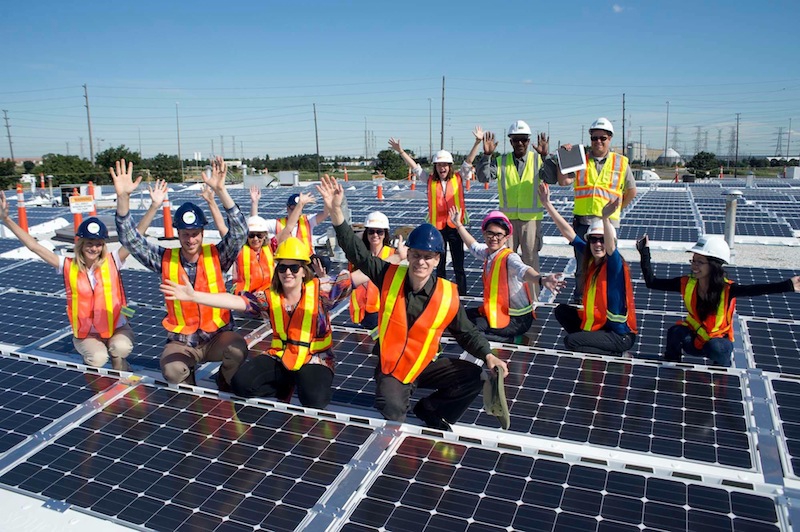 September 19, 2013 – After what it calls a successful launch event this morning at the Toronto Stock Exchange, non-profit SolarShare Cooperative now has improved access to capital from over 100 impact investors—those who invest in companies, organizations and funds with the intention of generating social and environmental impact as well as financial return.

Today’s launch of the new Social Venture Exchange (SVX)—created by MaRS Discovery District in collaboration with TMX Group Inc.—offers the co-op the opportunity to operate with a higher level of credibility under the appropriate securities regulations, it says.

The timing of the launch couldn’t be better, says SolarShare, as it gears up to build 13 new rooftop solar photovoltaic (PV) projects in 2014, building on 20 existing operational solar installations to bring SolarShare’s total project portfolio to $30 million.

“The sky is the limit,” said SolarShare president Mike Brigham. “SolarShare is proud to be one of the original members of the SVX, developed by a group of very like-minded people who believe that one’s investments can return, not just financial returns, but environmental and socio-economic returns too.”