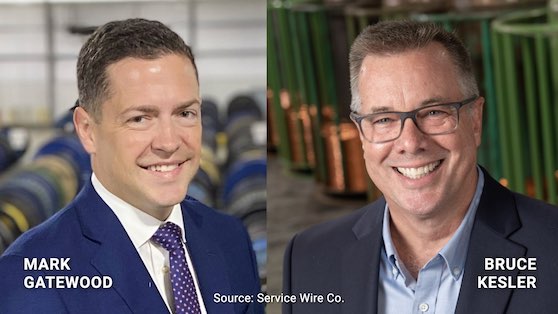 January 6, 2023 – Service Wire Co.’s Bruce Kesler and Mark Gatewood have been given new titles and responsibilities.

Kesler has assumed the role of senior director, Business Development, where he is responsible for the company’s largest strategic accounts and its Strategic Accounts Team. He joined Service Wire 15 years ago as regional sales manager, then served as as both as director, Sales, for the Eastern U.S. and director, Sales, for Commercial and Industrial.

Gatewood has been promoted to the role of vice-president, Sales & Marketing. He joined the company 14 months ago as director, Business Development. Prior to that, he spent 15 years in the industrial pipe, valve and fitting distribution industry.