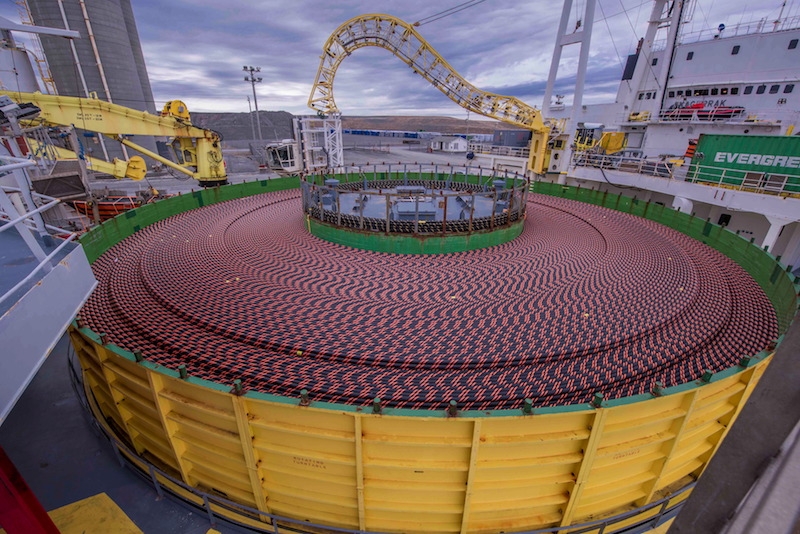 “We are thrilled to be part of this exciting project and we are happy to have completed the installation of these two submarine cables, the longest in Northern America, after almost 600,000 hours of designing, manufacturing and laying works,” said Nexans’ Geir Korstad.

Starting in late April 2017, Nexans installed the submarine cables in the Cabot Strait to a depth of about 470 metres, thereby electrically interconnecting the provinces of Nova Scotia and Newfoundland & Labrador for the first time. The final high-voltage tests were successfully conducted on the link in September 2017.