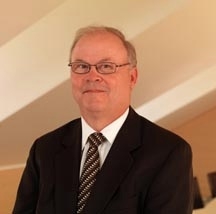 Nexans North America, founded on February 11, 1911, as Canada Wire & Cable, began operations by supplying power cables to the hydropower market in Ontario. Today, Nexans has 11 facilities and more than 1500 employees throughout North America.

Products offered by the company also expanded and by 1920, it came to include building wire, weatherproof wires, and bare rectangular copper wire. The company eventually acquired several rubber mills and, by 1931, a copper rod mill, still operating today in Montreal East, Que.

“Not many companies make it to 100 years, and those that do all have the same characteristics: the ability to innovate and provide relevant products, a focus on customer service, operational excellence, and most importantly, exceptional people,” said Steve Hall, president. “We are proud of our 100 year history, but we are already focused on our next 100 years.”

In recognition of its 100th anniversary, Nexans has created the Nexans CONNECTS program for community outreach and support.

“…Under Nexans CONNECTS we are expanding our capabilities for outreach. Partnering with respected organizations such as Habitat for Humanity, our employees can participate in organized service programs,” said Carlos Sanchez, vice president, EWD & Human Resources.


Check out this timeline: