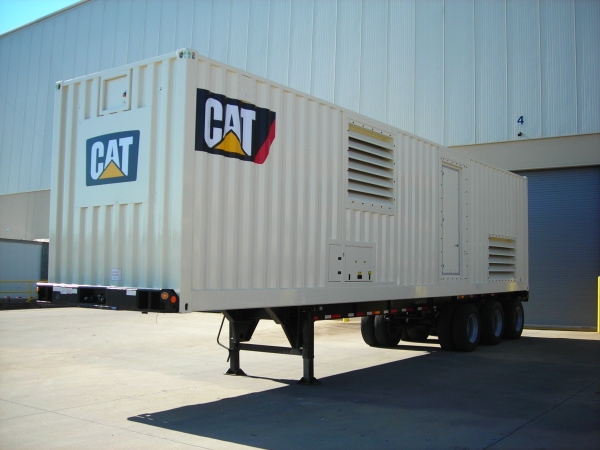 May 24, 2013 – Caterpillar Inc. introduced the next-generation Cat XQ2000 power module, which boasts the Cat 3516B as its core engine platform (more photos below). The new XQ2000 incorporates a variable-frequency drive and high-efficiency fan to improve mechanical efficiency, says Caterpillar, adding that the fan draws 40% less load on the engine at 100% genset load with these improvements. The company developed new exhaust stacks that reduce spacing requirements for sites requiring multiple units, allowing for an increase of 47% onsite power density. With a target of less than 4C temperature rise across the site, the new layout design allows a 1.53kW/sf power density at the continuous rating in 60Hz, and 1.34kW/sf in 50Hz.

The control system, too, has been enhanced; the plant control system has been simplified with less than half of the wiring required for communication between interconnected modules. It also features plant control programming and simulation, allowing complete system testing prior to genset startup. The next-gen XQ2000 control system provides for total site operation and monitoring from a local control room, using TCP/IP protocol, or from any remote site via the internet.