Features Blog
Not a gamer now? Don’t worry… IEEE says you will be! 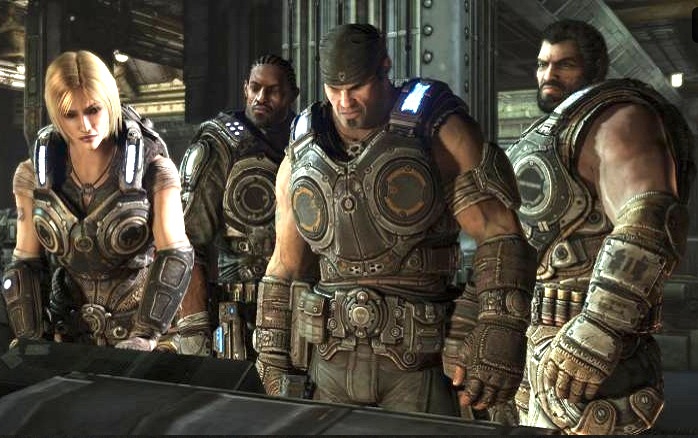 March 27, 2014 – According to IEEE members, 85% of our lives will have an integrated concept of ‘gaming’ in the next six years. While video games are seen mainly for their entertainment value (Gears of War is among my favourite franchises), industries like healthcare, business and education will be integrating gaming elements into standard tasks and activities, making us all gamers.

“Social networks that encourage check-ins and stores with loyalty point programs are already utilizing gamification to grow their customer bases. Soon, game-like activities similar to these will be part of almost everything we do,” said Richard Garriott, IEEE member who is credited with coining the term massively multiplayer online role-playing game (MMORPG). “Our mobile devices will be the hub for all of the ‘games’ we’ll be playing throughout a normal day by tracking the data we submit and using it to connect everything.”

Video games are currently used in healthcare to teach some basic medical procedures but, as wearable and 3-D surface technology improve, they will be used to practice complicated surgeries and medical methods. Gamification will also help patients in need of mental stimulation as well as physical therapies.

Aside from use in hospitals and by doctors, games are being used to teach basic modern medicine in countries where proper care is harder to access. Games that show the importance of flu vaccines and other medicines are already helping reduce the spread of infections globally, says IEEE.

“Right now, it is easier to demonstrate efficacy and monetize gaming in healthcare than in some other areas, which is helping it advance at a rapid rate,” said Elena Bertozzi, IEEE member and professor of Digital Game Design and Development at Quinnipiac University. “Doctors are using games to train, as well as in patient care. Current games in medicine encourage pro-social behaviours with patients in recovery from some types of surgeries and/or injuries. With new technology, we will find even more ways to integrate games to promote healthy behaviour and heal people mentally and physically.”

Just consider how many things in the electrical industry could be taught via gaming. Where would you see the greatest benefit?

In the coming years, IEEE also says a person’s business success will be measured in game points—to a certain degree. Apparently, video games are already being used to teach HR practices at large companies, and will likely extend into helping benchmark business goals. Employees will receive points to measure their work targets alongside subjective measurements for things like workplace interactions and management ability.

“A lot of technologies start in other industries and slip their way into gaming, which makes sense for the future of businesses,” says Tom Coughlin, IEEE senior member and technology consultant. “By 2020, however many points you have at work will help determine the kind of raise you get or which office you sit in. Outside factors will still be important, but those that can be quantified numerically will increasingly be tracked with ‘game points’.”

Using a current vehicle for entertainment to teach job skills and STEM (science, technology, engineering, mathematics) subjects has already been deemed successful, and is expanding at a rapid pace, continues IEEE. Governments, particularly in the United States, are encouraging the integration of video games in school curriculum for behaviour modification as the positive reinforcement provides more encouragement than traditional correctional methods, “like the dreaded red pen”. Around the globe, gaming is being used to teach students of any age a range of subjects from basic life skills to midwifery to healthy grieving processes.

“Humans, as mammals, learn more efficiently through play, in which they are rewarded, rather than other tests in which they are given demerits for mistakes,” says Bertozzi. “It is a natural fit to teach through gaming, especially in areas of the world where literacy levels vary and human instinct can help people learn.”

For my part, I’ll be sharing this article with my wife… then maybe pick up the latest Halo.