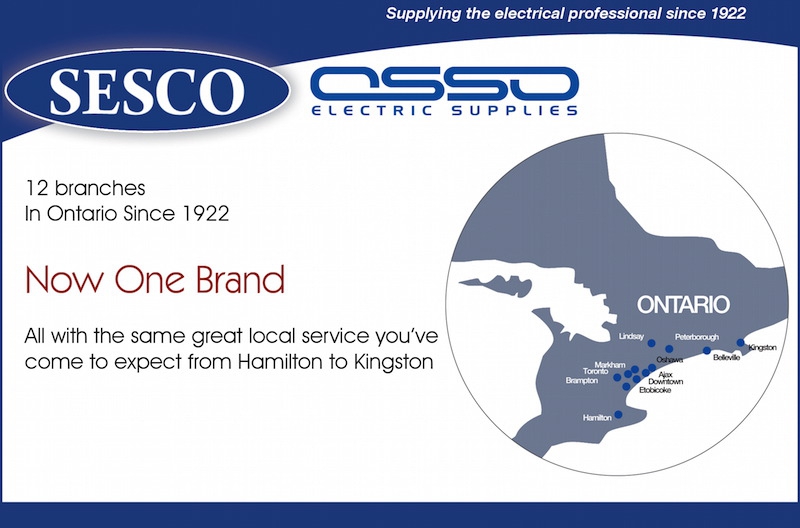 This merger was announced back in 2014 by Todd Walford, president of Sonepar Ontario.

The alliance of these two companies will strengthen the back office synergies with purchasing and inventory management, explained Walford, while enhancing the operational support for the entire company.

Sesco, which was established in 1922, has been chosen as the flagship brand in Ontario “to maximize on its history and strong market presence”.