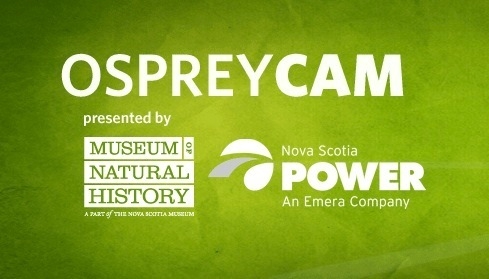 April 26, 2012 – Oscar, Ethel and the OspreyCam are back! Nova Scotia Power and the Nova Scotia Museum of Natural History today announced the return of their OspreyCam program for a sixth year.

“Nova Scotia Power is proud to play a role in the conservation and safety of the osprey population in Nova Scotia through our Osprey Relocation Program,” said executive vice-president, Strategic Business & Customer Service, Robin McAdam. “Our partnership with the Museum of Natural History goes one step further, and allows people worldwide the opportunity to view our provincial bird in its natural habitat.”

For the first time, everyone’s favourite feathered friends—Oscar and Ethel—will be viewed as they return to their home in Nova Scotia. The OspreyCam has traditionally been activated after Oscar and Ethel arrive and settle back into their nest. As an added feature this year, the “night life” of Oscar and Ethel will be available through a night-vision camera.

Nova Scotia Power has been working to protect the osprey, once an endangered species, for over 25 years. Through the Osprey Relocation Program, NS Power’s powerline technicians relocate threatened nests from atop live utility poles to safer, unused poles placed nearby. NS Power relocated Ethel and Oscar’s nest from a utility pole in 2001 after it caught fire. The pair has returned to the nest each year since to hatch their chicks.

The OspreyCam will provide live viewing of Oscar and Ethel as they return to their Nova Scotia home, repair their nest from the damage caused by winter, lay and hatch their eggs, and raise their hatchlings. The Osprey naming contest will also begin once Ethel lays her eggs, so stay tuned for your chance to choose the name of the next generation of celebrity fowl.

The activities of Oscar and Ethel can be followed on the Museum of Natural History’s website .