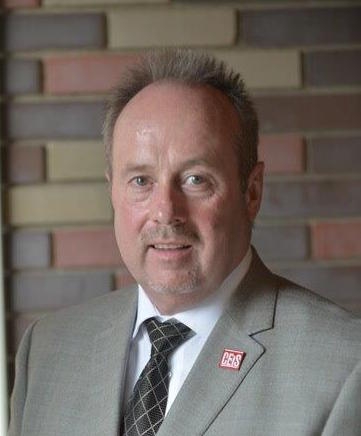 (UPDATED) July 21, 2014 – It is truly with great sadness that EBMag reports the passing of John Benjamin Salmon—the result of an accident at his home in Kitchener, Ont.—on Saturday, July 19, 2014. He was in his 56th year.

On a personal note, I (Anthony Capkun, editor) became friends with John over a few drinks several years ago at CSA Committee Week in Quebec. I most recently spent time with him just a month ago at CSA Committee Week in Charlottetown (photo). He had a passion for codes and standards, and our industry. He was also working on a spy thriller novel that, sadly, will go unfinished (the first few paragraphs he sent me as a teaser made me want more!).

The industry has truly lost a great personality.

John leaves behind wife Lori (Moffit) Salmon. He was the son-in-law of Sheila Moffit and the late Don, and will be missed by his brothers and sisters-in-law, Lynn LaTorre (Rob), Don Moffit (Kim) and Kellie Campagnaro (Alex); he was the wonderful uncle of Jordan, Jaida, Jessica, Nicolett and Paisleigh. He was the son of John Salmon and the late Shirley (Lilly), and the brother of Debbie Light, (Rick), Reuben, Salmon (Joanne), and Tracy Salmon and their families.

A funeral service will be held in the Hart Chapel on Friday, July 25, 2014, at 11 am. Interment at Woodlawn Memorial Park, Guelph, Ont.

In remembrance of John, you may wish to make a donation to the Trillium Gift of Life Network, The Grand River Hospital Foundation or to a charity of your choice.