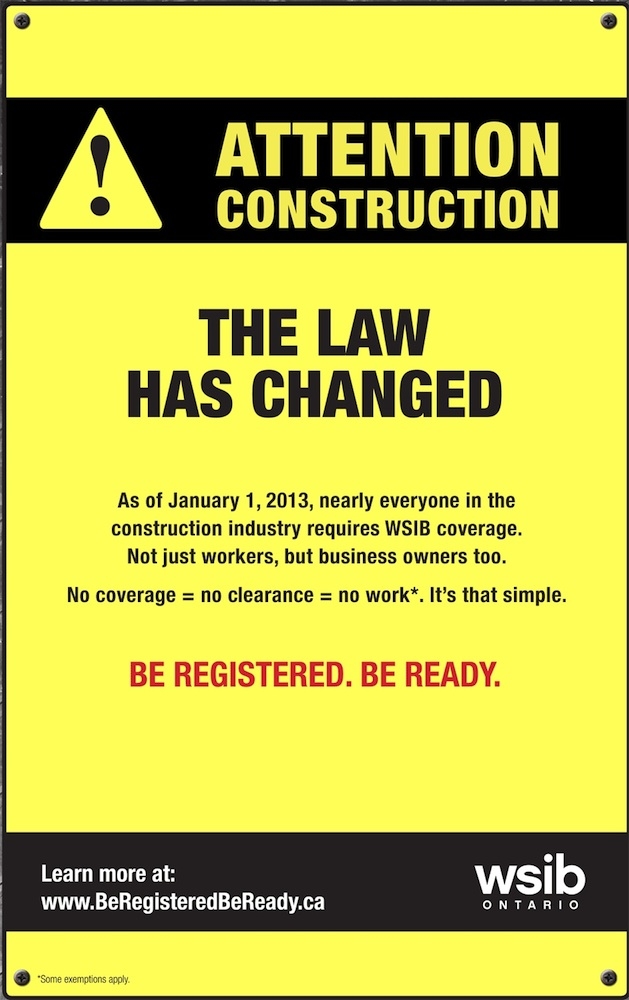 As of January 1, 2013, almost every construction worker in Ontario is required to be covered by WSIB, says OCS, adding this “closes a loophole that allowed many contractors to style their employees as independent contractors”.

“Before mandatory WSIB coverage, many Ontario construction workers were able to not only evade their taxes—which fund important public services—but to also avoid making contributions to the funds that compensate injured workers,” said Sean Strickland, CEO of OCS. “By closing this loophole, the government has taken an important step in prohibiting the underground economy in Ontario construction.”

WSIB has developed a website to provide information for construction employers on mandatory coverage.

The Ontario Construction Secretariat was formed in 1993 as a joint labour/management organization representing 25 labour unions and contractors in the unionized industrial, commercial and institutional (ICI) construction sectors in Ontario.