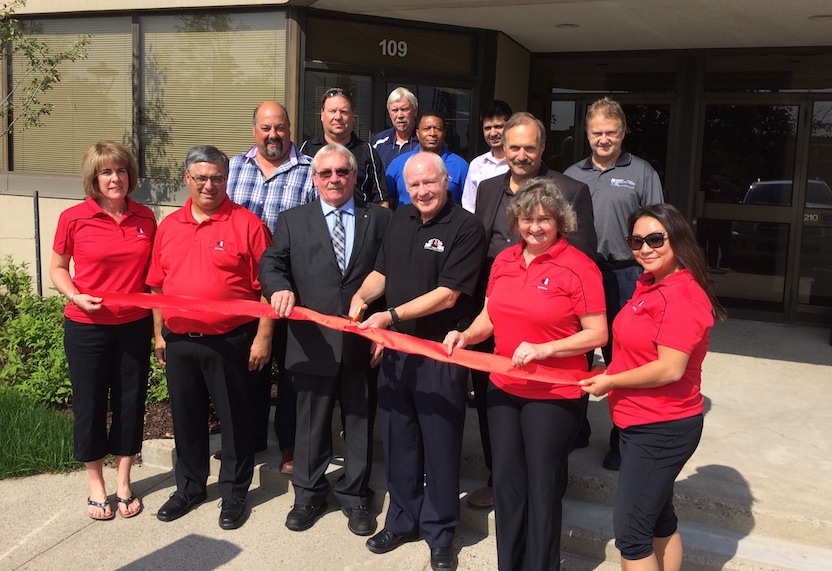 The new office is roughly 600 metres down the road from its previous location on 180 Attwell Drive.

Cutting the ribbon in THIS VINE are Dale MacDonald and Dave Ackison.

OEL is celebrating its 95th anniversary next year. Stay tuned to EBMag for updates as they become available.