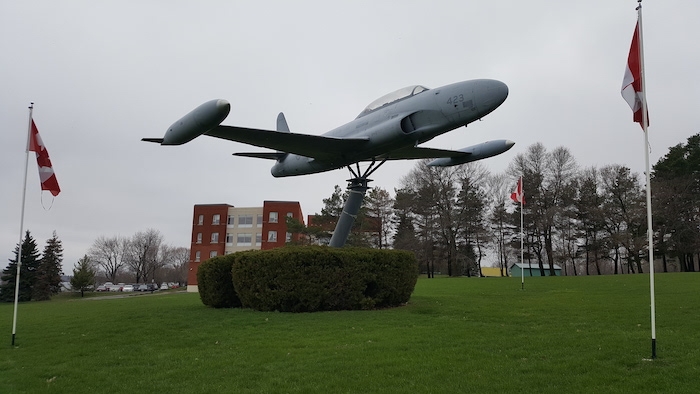 May 22, 2019 – Soaring higher and further was the overarching trend when the Ontario Electrical League (OEL) recently held its annual conference at the aviation-themed Nav Centre in Cornwall, Ont.

Built in 1979 as a national training centre for air traffic controllers (ATCs), the Nav Centre expanded its scope after 1996, when the federal government transferred ownership and operation of Canada’s civil air navigation services (ANS) from the ministry of transportation to Nav Canada. As this privatized, non-profit corporation decentralized ATC training, opening smaller facilities across the country, the Nav Centre diversified with the addition of hospitality and conference services.

So, today, hotel guests and conference attendees rub shoulders with radar engineers, military personnel and international students in the notoriously challenging ATC program, which boasts a graduation rate of approximately 40%.

For electricians and contractors attending OEL’s conference, of course, the first few days of May were a much more relaxing opportunity to huddle inside the Nav Centre’s bunker-like spaces, away from the constant rain (which kiboshed the pre-conference golf tournament), and be inspired by an agenda ripe with timely optimism for their industry.

Ottawa-based keynote speaker Gus Takkale kicked off the first full day with a rousing presentation, encouraging the electrical industry’s employers to value their employees’ diverse strengths and foster emotional connections between people and their work.

He was followed by Ysni Semsedini, CEO of the appropriately named Festival Hydro in Stratford, Ont. The town, best-known as a tourism magnet with its Shakespeare Festival, has also proven a viable test bed for electrical technologies, including a 230-kV transformer station designed with redundancy to prevent interruptions, S&C Electric reclosing devices for faster restoration following a fault, smart meters using the Green Button standard and, perhaps most notably, Canada’s largest battery-based energy storage system.

Having worked as an electrician in her native Romania before immigrating to Canada, Adina Croitoru was well-positioned to address the OEL audience on behalf of Ontario’s ministry of labour to discuss small-business initiatives for safer workplaces. Taking a ‘mythbusting’ approach, she explained how fostering health and safety is less of a burden than many employers assume, not only in terms of time and effort, but also with regard to the availability of outside resources for help.

Marcelli was complemented in this effort by two contractors: Barry Moss of Four-O-One Electric in Brockville, Ont., who emphasized the need for his peers to ensure their returns reflect their business risk; and Ron Bergeron of Cornwall’s own Bergeron Electric, who reviewed processes for job costing and income statements.

In between the talks, OEL celebrated its own, including Hall of Fame winners Richard Charron, Vern Yemen and Luke Bogdanovic, inspector of the year Tony Titus, award of distinction winner Jack Sanders, outgoing chair Dale MacDonald (who explained he has hired 11 new apprentices following the aforementioned legislative changes) and incoming chair Louis Violo. The awards dinner culminated in a paper airplane flying contest.

Near the end of the agenda came a ‘capital’ announcement: the next conference will be held in Ottawa on May 6 to 9, 2020.

“OEL reached many of its targets last year,” says Stephen Sell, president, “and we’re looking forward to another great year of progress and growth.”