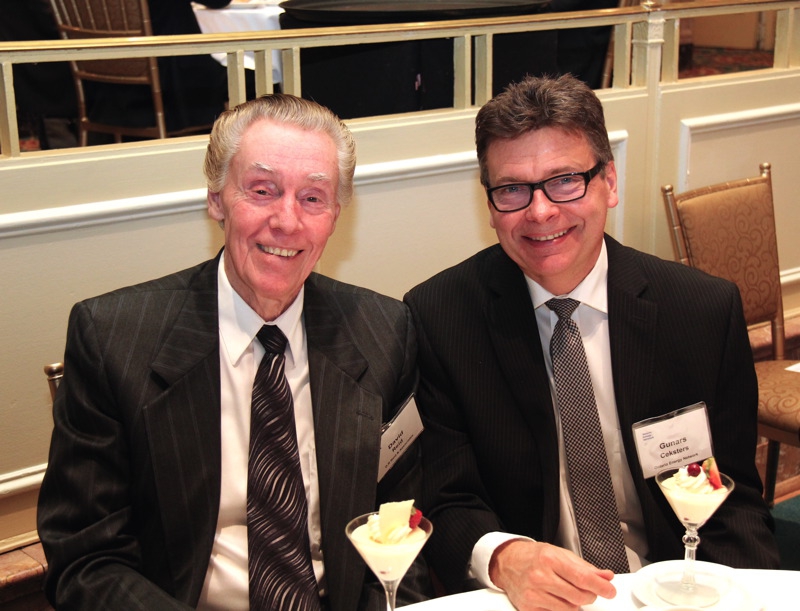 (UPDATED February 11, 2015, with new photo) January 14, 2015 – In a letter to members of the Ontario Energy Network, chair Grant Buchanan named the successor to David Reid, who retired as OEN president in December 2014, and had been with the group since its inception.

“[David] quite rightly can take pride in the successes he has achieved for the OEN, and for the reputation of the organization in the industry. We wish him well in his future endeavours and in his retirement,” wrote Buchanan. “Filling David’s shoes will not be easy, but I am also pleased to announce we have found a great industry veteran to take on the challenge as president of the Ontario Energy Network.”

The successor is Gunars Ceksters, present chair of Erie Thames Powerlines and former president and CEO of Enersource Corp. (May 2001 until June 2007), where he was responsible for managing Enersource’s full range of regulated and non-regulated business interests.

Ceksters holds a B.Sc. in Electrical Engineering from the University of Toronto and is a 31-year veteran of the electric utility business. In 2005, he was awarded the Electricity Distributor Association’s Chair’s Citation. He was also made a lifetime OEN member when he retired from Enersource.

“We very much look forward to Gunars joining us and his becoming an active member of our OEN team,” concluded Buchanan.