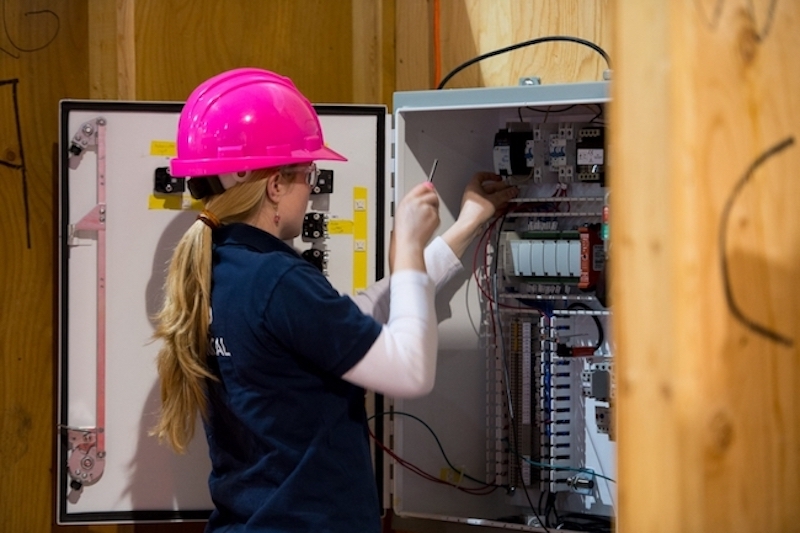 October 25, 2018 – Ontario’s government plans to cut some of the regulations affecting the province’s skilled trades and apprenticeship system and proposes to wind down the Ontario College of Trades (OCoT).

As part of its Making Ontario Open for Business Act, the government is taking steps to set all journeyperson-to-apprentice ratios at 1:1, implementing a moratorium on trade classifications and reclassifications and looking at ways to promote the skilled trades throughout Ontario.

Currently, Ontario’s ratios are among the highest in Canada, restricting the number of apprentices employers can train relative to the number of journeypersons they employ.

“This new bill will see hundreds, if not thousands, of young Ontarians start working in the skilled trades in the near future,” says Stephen Sell, president of the Ontario Electrical League (OEL), which welcomed the announcement this week. “There is a huge demand for new electricians. This bill allows our members to hire young Ontarians and train them for rewarding and well-paid careers.”

Unifor, a Canadian private-sector union representing more than 50,000 skilled trades workers and apprentices, calls the 1:1 ratio “dangerously high” and suggests it “would dramatically decrease the time spent receiving training and could lead to apprentices working alone without any support from a journeyperson.”

“Companies in the electrical trade are already at 1:1 until the ninth employee is hired,” says James Barry, executive chair of the IBEW Construction Council of Ontario (CCO), “but the far greater issue is ratios remain meaningless until someone enforces them and they are site-specific, as opposed to company-wide. We hope this government will do what wasn’t done in the past and make those who don’t follow the rules accountable. As far as we are aware, no company was ever charged by the college of trades for not abiding by ratios, yet we know they were violated on a regular basis.”

The government intends to develop a replacement model for the OCoT’s regulation of skilled trades and apprenticeships by early 2019, as part of a commitment to reduce what it says are “unnecessary regulatory burdens.” Established in 2009, the college provides training, support and oversight.

“The original intent of the college–to promote skilled trades, protect the public and provide self-regulation–was a good one,” says IBEW CCO’s Barry. “Unfortunately, it was mired in politics from the moment it launched and was unable to achieve its mandate.”

Finally, the government is placing its moratorium on trade classifications and reclassifications to mitigate the risks of what it calls an “overly burdensome” system and increasing costs for businesses.

The new bill and related regulatory changes were announced on Oct. 23 and still need to be passed by the provincial legislature.

“As an action item, we are encouraging all OEL members to reach out to their local Members of Provincial Parliament (MPPs) and urge them to grant speedy passage to this important new law,” says Sell.

“Moving forward, it will be important for the Ontario government to work with all stakeholders, including groups like the Electrical Safety Authority (ESA), to ensure proper mechanisms are in place to prevent anyone from doing dangerous electrical work without the proper training and certification,” says John Grimshaw, executive secretary treasurer for IBEW CCO.