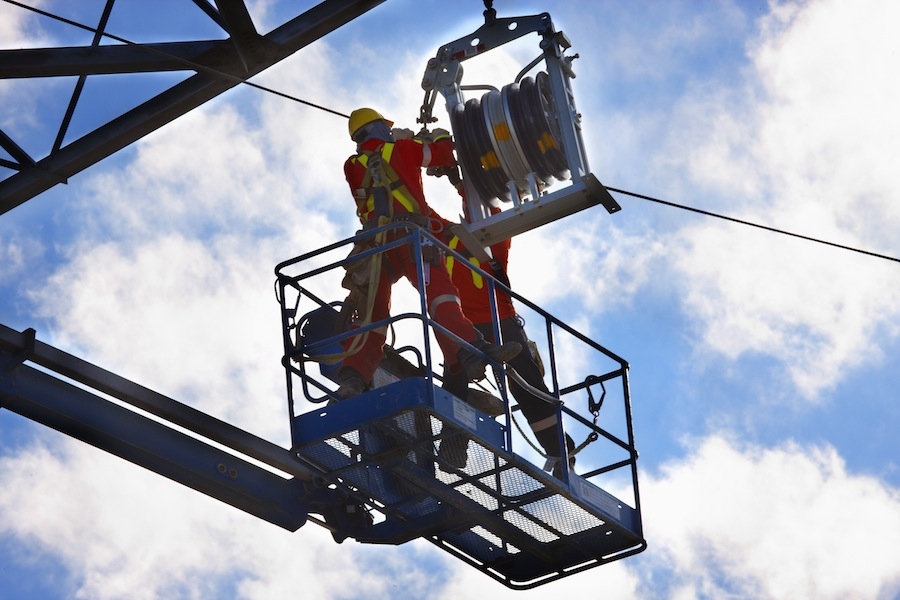 “We are proud to celebrate the partnerships built and strengthened as a result of the construction of this line,” said Laura Formusa, president and CEO of Hydro One. “The project was made possible through a shared commitment from the residents, businesses, municipalities, conservation groups and First Nations and Métis groups along the corridor.”

Hydro One awarded Valard Powerline the project’s construction in late 2008 and construction began in August 2010. The double-circuit, 500kV line runs 180 km from the Bruce Power complex near Kincardine to the Milton switching station just outside of Toronto. Of its 3000MW capacity, 1700MW are reserved for new green energy developments in the Bruce Peninsula.

“This was the first time Hydro One had entrusted a third-party to carry out work on its high-voltage system, and right from the start we enjoyed a very close, collaborative relationship,” said Valard president Adam Budzinski. “We worked together to remove $93 million from the construction costs: $43 million before the project was awarded and the rest afterwards. We also worked with them to minimize the impacts of project delays and to effectively compress the last 11 months of the construction schedule into four months.”

Valard intensified the schedule at the client’s request while still maintaining utmost safety and quality, says the company. The project was completed without any serious injuries or lost-time incidents. In fact, the Ontario Ministry of Labour visited the worksite eight times in 20 months and found no reason to issue an order or notice to comply.

“The crews did an excellent job of stepping things up by working longer shifts and putting in more hours, while always keeping safety first,” said project manager Mike Ries. “We had an incredible group of people working on Bruce-to-Milton, and their efforts definitely made this project a huge success.”

Hydro One completed the transmission line six months ahead of schedule and employed about 500 workers at the peak of construction activity. The project involved constructing more than 700 transmission towers, and stringing more than 180 kilometres of transmission wire from the Bruce Peninsula to Milton.

Valard’s services included planning and scheduling, project management, structure assembly and erection, and conductor stringing. In total, 720 steel lattice towers weighing about 26,000 tonnes were built and 4700 kilometres of conductor were strung and energized.

“Valard was honoured to build this landmark project with Hydro One,” said Budzinski. “We would like to thank Hydro One for the excellent reciprocal relationship, CUSW and IUOE Local 793 for their partnership, and all of the people of southern Ontario who contributed and welcomed us in their communities.”

The province says it has invested $9 billion to upgrade 5000 kilometres of transmission lines “to ensure a reliable electricity system”.