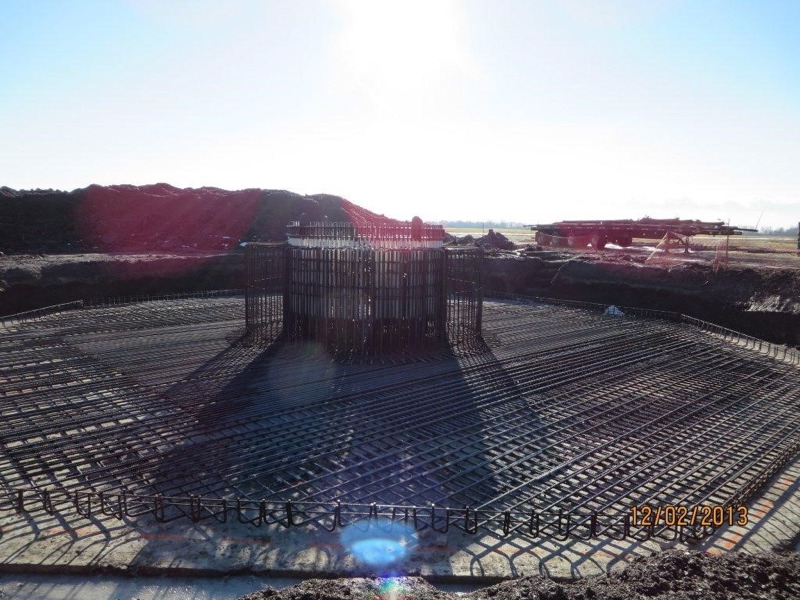 January 22, 2015 — Blades are now turning in the Ontario sky at a new wind facility, according to partners Samsung Renewable Energy Inc. and Pattern Energy Group Inc.

The companies announced the Grand Renewable Wind project completed construction and reached commercial operation on January 12, 2015. The 149 MW facility in Haldimand County has the capacity to produce clean power for approximately 50,000 Ontario homes each year, they said.

The project had more than 500 workers on site during peak construction and created 12 full-time permanent positions for ongoing operations and maintenance, said Samsung and Pattern Energy.

“Wind provides clean, emission-free electricity for Ontarians while creating thousands of jobs and economic opportunities,” said Bob Chiarelli, Minister of Energy. “Collaborative projects like this one will help wind reach 15 per cent of the province’s installed capacity by 2025.”

The electricity from Grand Renewable Wind is committed to the Independent Electricity System Operator (IESO) under a 20-year power purchase agreement.

Additionally, in what the companies refer to as “a historic first for Ontario,” Samsung and Pattern Energy have entered into an equity partnership with Six Nations of the Grand River. The Six Nations community owns 10% of the Grand Renewable Wind project.

PHOTO: Construction on one of the turbine foundations during an earlier stage in the project. (Photo: Pattern Energy.)