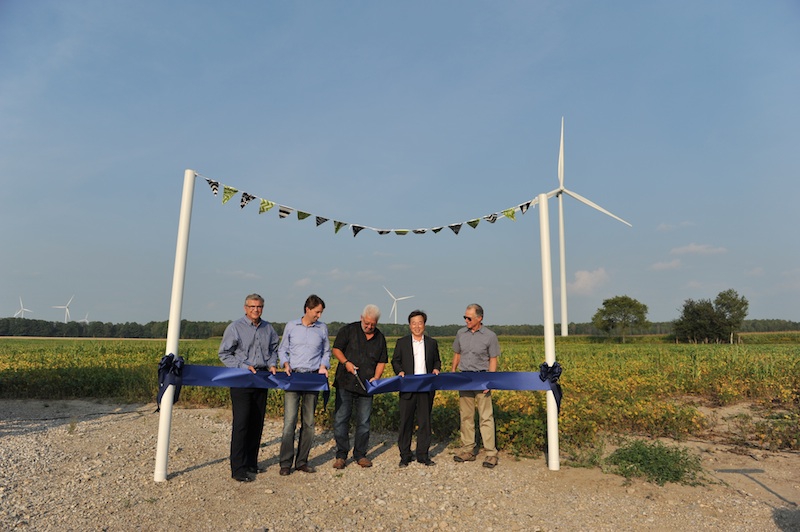 “As one of the largest wind power facilities in Canada, K2 Wind is a significant addition to our renewable energy capacity,” said Darcy Trufyn, Capital Power’s senior vice-president of operations, engineering and construction.

The commissioning of K2 Wind allowed Canada to surpass 10GW of installed wind energy capacity, making it the seventh country in the world to reach this level of wind power capacity, according to the Canadian Wind Energy Association.

During its 18-month construction period, the K2 Wind project averaged over 300 workers on site. At peak construction, more than 500 workers were employed by the project, Pattern Energy said.

The facility is made up of 140 Siemens 2.3 MW wind turbines and operates under a 20-year PPA with the Independent Electricity System Operator (IESO).

A total of 700 turbine tower sections were produced in Windsor, Ont. by CS Wind and the 420 blades were built in Tillsonburg, Ont. by Siemens. K2 Wind says it expects to have approximately 20 full-time operations and maintenance employees, along with an additional 10 seasonal positions.

K2 Wind has also created a Community Benefits Fund Agreement with the Township of ACW to deliver approximately $15 million for community initiatives over the next 20 years. K2 Wind will also support local residents living near the facility through lease agreements and other benefits, according to Pattern Energy.