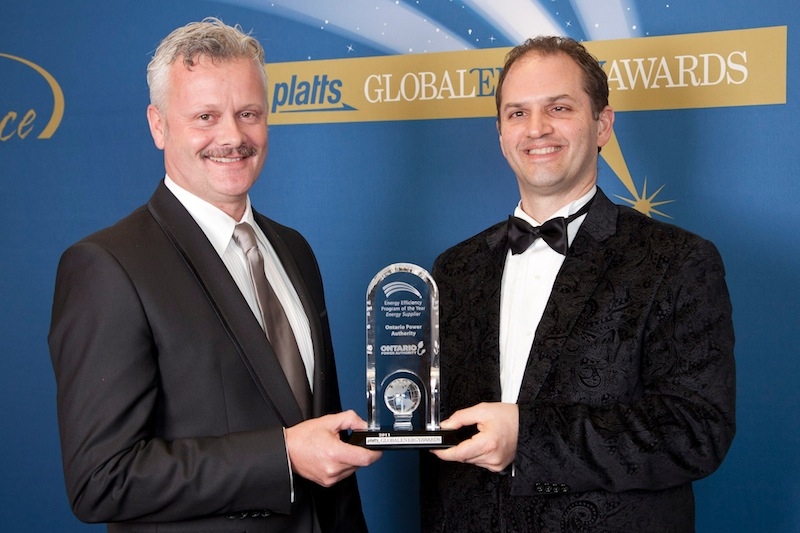 December 2, 2011 – Green was the predominant colour as the 2011 Platts Global Energy Awards were presented to 21 companies and industry leaders at a gala dinner in New York, N.Y., last night. Among the winners this year was Canada’s Ontario Power Authority, lauded for Energy Efficiency Program of the Year in the Supplier category.

Judges praised OPA’s “saveONenergy” public-education initiative that began in 2004 for creating a culture of conservation in Canada’s most populous province. The program has been a “key part of the utility’s wide-ranging and innovative efforts to reduce peak demand and, thus, avoid building additional power plants”. By adopting aggressive conservation targets and investing in new conservation methods, “OPA has saved consumers money in the short-term, while steering Ontario toward a coal-free future for the long-term”.

Clean energy and sustainability themes prevailed in the entries for this year’s awards, not only setting the criteria for honours in energy efficiency and technology categories, but also gaining points for companies vying for leadership and operational efficiency awards.

In photo: Colin Andersen, CEO of the Ontario Power Authority (left) and Andrew Pride, vice-president of conservation at OPA.

CLICK HERE for details on these and other winners of Platts Global Energy Awards.