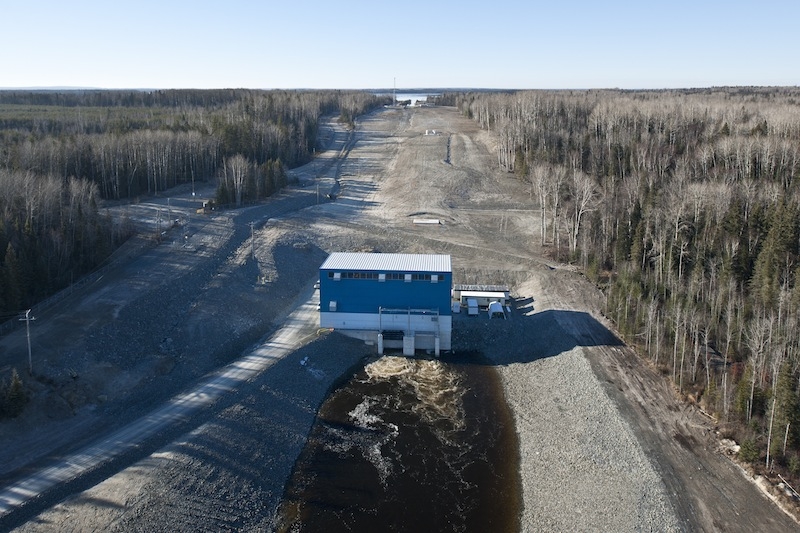 July 3, 2012 – Ontario Power Generation (OPG) recently celebrated 100 years of hydroelectric generation at the Wawaitin, Ontario site. Placed into service in June 1912 to produce electricity for local mines in the early days of the Porcupine Camp, the original Wawaitin GS continued to generate electricity for the people of Ontario until March 1, 2010, at which time, at the end of its service life, it was replaced with a new generating station at the same location.

“Wawaitin GS has produced clean, reliable hydroelectricity for the people of Ontario for a hundred years due in large part to the efforts of hundreds of men and women who built, maintained and operated the Wawaitin stations over the last century,” said OPG plant manager Peter Murray as he and Timmins city councillor Gary Scripnick unveiled a plaque commemorating the individuals who worked at the station during its 100-year history. The plaque reads:

This plaque commemorates the 100th anniversary of first power production at Wawaitin Generating Station in June 1912. It is dedicated to those who helped build the Wawaitin station and to the people who operated and maintained the station during its first 100 years.

Now standing in the place of the original Wawaitin GS is a new 15MW generating station with enough capacity to power up to 15,000 homes. Wawaitin GS was replaced as part of OPG’s larger Upper Mattagami and Hound Chute Redevelopment Project. The $300-million project included the redevelopment of the Sandy Falls, Wawaitin and Lower Sturgeon sites on the Mattagami River, and the Hound Chute site on the Montreal River.