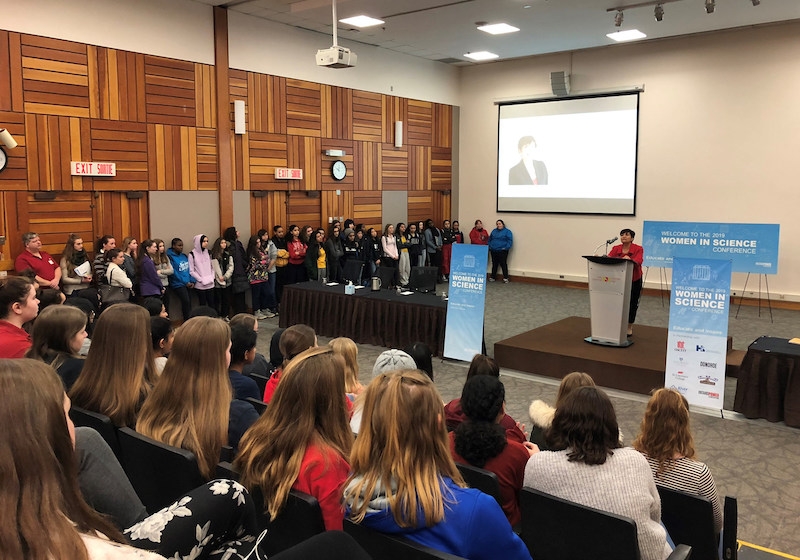 The two-day conference was held at the Nav Centre in Cornwall, Ont., on Mar. 6 and 7, with a mix of guest speakers and breakout sessions to encourage Grade 9 and 10 students to engage with women working in a range of science-related fields. The event was co-chaired by OPG vice-president (VP) of asset management and optimization Jane Travers and VP of Niagara operations Jessica Polak.

“Women have made important contributions to science and it’s vital we continue to encourage the younger generation to do the same,” says Barb Keenan, OPG’s senior VP (SVP) of people, culture and chief ethics.