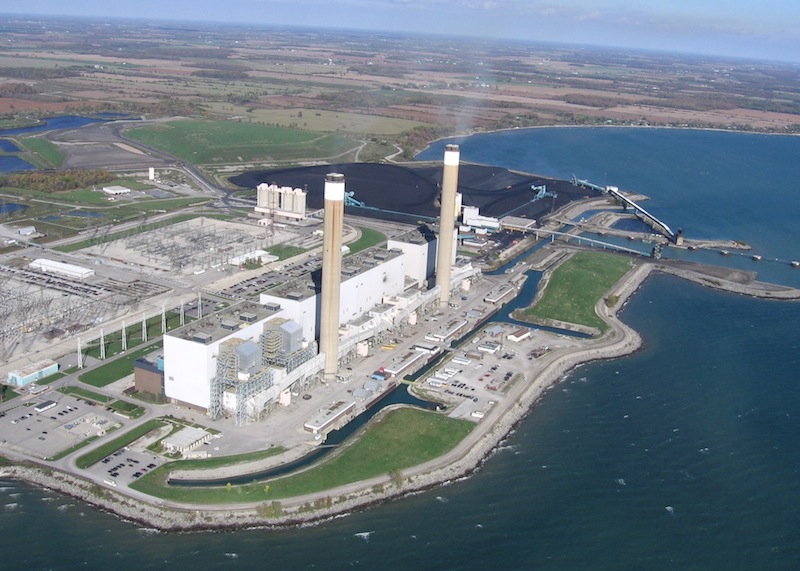 July 16, 2015 – Ontario Power Generation (OPG) says it will continue to preserve Lambton Generating Station (GS) for possible future conversion to another fuel, but will no longer preserve and staff Nanticoke GS (photo).

Both facilities stopped using coal in 2013 as part of the Ontario government’s decision to end coal generation in the province.

“Nanticoke will be closed safely, securely and in an environmentally responsible manner”, says the generator, adding that “about 30 staff currently working at the site will be treated fairly, following the terms of existing union agreements.”

About 25 staff will continue to work at OPG’s Lambton site near Sarnia, says the company.

The organization says it has qualified to participate in the Independent Electricity System Operator’s (IESO) Large Renewable Procurement, and intends to bid on solar projects at Nanticoke and Lambton. OPG continues to own both sites.