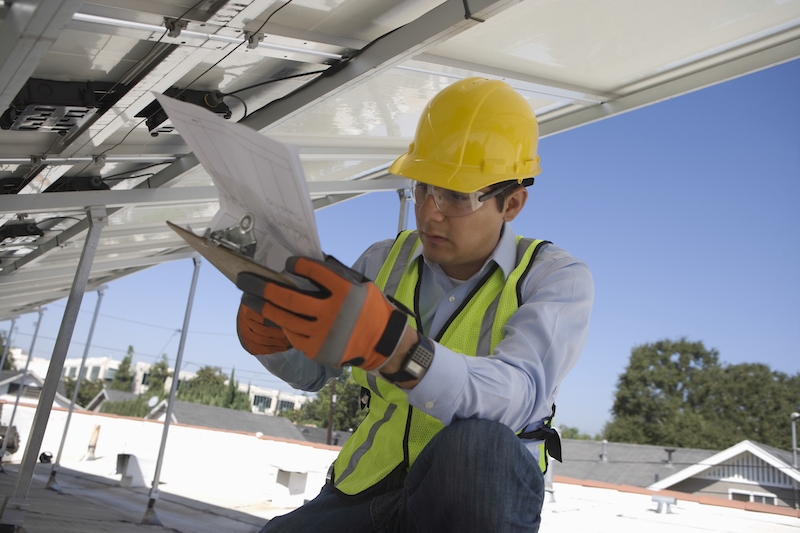 December 12, 2018 – On Oct. 31, National Energy Board (NEB) chair and CEO Peter Watson introduced a new outlook report with a speech to the Toronto Region Board of Trade. Discussing the report’s projections for future energy supply and demand at a national level (through 2040), he explained Canada’s ‘electricity mix’ is becoming greener, as renewable sources experience significant rates of growth and play an increasingly important role.

Specifically, given past and current trends, NEB’s analysts predict the sources that will meet Canada’s energy demand will become less carbon-intensive. While this mix will continue to be led by hydroelectric power generation, the board expects wind capacity to double and solar to nearly triple over the projection period.

As more of this capacity is added, the balance of power generation across Canada will shift—and has the potential to create not just electricity itself, but also new opportunities for professionals in the electrical business.

The answer is blowing in the wind
By way of example, earlier in October at the 34th annual Canadian Wind Energy Association (CanWEA) conference and exhibition in Calgary, the provincial governments of Alberta and Saskatchewan reiterated their support for wind energy.

Jessica Littlewood, Alberta’s member of the legislative assembly (MLA) for Fort Saskatchewan-Vegreveille and parliamentary secretary to the minister of economic development and trade for small business, explained in a plenary session how her government has committed to tripling the percentage of Alberta’s electricity demand to be met by renewable sources—from roughly 10% to 30%—by 2030. She expects cost-competitive wind energy to provide the majority of this 5,000 MW of power.

Dustin Duncan, Saskatchewan’s minister of the environment (who is also responsible for SaskPower), went even further by committing to see renewable energy make up 50% of his province’s electricity generating capacity within the same time frame, with a plan to add about 1,900 MW of new wind energy to the grid.

“As an environmentally sustainable source, wind power will be an important part of our generation mix,” he said. “We are taking steps to increase its role in meeting our needs.”

“There is a bullish outlook for wind energy,” says Phil McKay, operations and maintenance (O&M) program director for CanWEA, “and electrical contractors are looking to be part of that.”

He cites examples beyond Western Canada in Quebec, which is now Canada’s second-largest producer of wind energy, and the Maritimes, where communities invest in small wind farms and, in Prince Edward Island, wind can account for 100% of power generation on certain days of the year.

As McKay explains, the structure for developing a new wind farm starts with owners and investors, who then connect with local go-to providers, including contractors, specialists and experts. While the wind turbines themselves are usually designed in the U.S. or Europe, they only become practical once local electric crews with specific skill sets can integrate them with other systems.

“A lot of the people who attended our conference have already been involved in projects throughout the energy sector,” he says. “There are really localized benefits for journeymen. There is a full range of voltages to handle throughout a wind park, from substations to pole-mounted or underground transmission, from fibre optics for data to high-voltage (HV) breakers at the switchyards.”

It is certainly not work for junior technicians. Each turbine generates much more power than, say, a single solar panel. Further, to catch as much wind power as possible, the turbines must be spread out over some distance, so as not to interfere with each other.

“A solar farm, in comparison, ties together lower-voltage panels with smaller connections and then builds up the power to a substation,” says McKay.

Here comes the sun
That said, the solar industry also offers opportunities that are well-suited to licensed electrical contractors’ expertise.

“The question for each task is whether or not it poses an electrical hazard,” says Patrick D. Bateman, director of policy and market development for the Canadian Solar Industries Association (CanSIA). “While innovations in the past few years have made solar panel installations faster and easier, to the point where technicians can connect ‘plug-and-play’ panels on residential roofs, the industry also relies on HV equipment and AC power that definitely require the skills of an electrician with solar-specific training.”

These tasks include: establishing new electrical connections between combiner boxes, panelboards and micro-inverters that are not assembled with factory-installed connectors, utility switch lockouts, rapid shutdowns and meter bases; grounding systems; bonding frames to ground; and adding a separate ground or bond wire where it is a requirement for the photovoltaic (PV) system.

“While there are some differences in local legal and regulatory requirements from jurisdiction to jurisdiction, these are cases where the failure to hire licensed electrical contractors and Red Seal electricians could result in injury, death, loss or property or denied insurance claims,” Bateman explains. “Electrical work is dangerous and best left to those with the training, expertise and equipment to do the job safely.”

As such, he says there are many options for electrical contractors to bring their relevant skill sets in-house, subcontract and partner with dedicated solar companies.

“The role may change depending on the customer, but there’s always a role,” he says, “and as solar panels become embedded in urban areas, they bring more opportunities for contractors in cities than wind farms do.”

The need for such roles is only increasing as nationwide demand for solar power grows.

“By 2020, the cost of solar-generated electricity will have dropped by more than 90% in 10 years, becoming cost-competitive with other grid sources,” says Bateman. “Thanks to these reductions, solar is now growing in every Canadian province and territory, across residential, commercial and institutional applications. Other factors driving demand include voluntary and mandatory greenhouse gas (GHG) emission reductions. People want to avoid the cost of compliance with carbon pricing.”

The hottest market, he says, is Alberta, which is phasing out more than half of its coal-generated electricity by 2030. The province’s government recently issued a request for proposals (RFP) for large-scale solar energy provision to meet about 55% of its annual ‘green power’ needs. To accomplish this, it plans to replace existing renewable energy contracts with solar deals.

“Alberta has the best solar resources in Canada and it is time to take advantage of them,” said Shannon Phillips, minister of environment and responsible for the climate change office.

Through the RFP, the government has committed to purchase Renewable Energy Certificates (RECs) equivalent to 135,000 MWh of solar-generated electricity—enough to power 18,750 homes—annually for the next 20 years. The new contracts are expected in place before spring 2019 and, Bateman highlights, will see Alberta pay less for solar than it previously did for natural gas.

“Energy Efficiency Alberta is training electricians for solar,” he adds. “Meanwhile, Nova Scotia has a new solar homes program and Saskatchewan and New Brunswick are also phasing out coal. By 2025, solar will be cheaper than the alternatives.”

Change the world
All of this does not mean, however, that Canada’s electrical contractors should rush into specialty work for the renewables industry on the assumption it will supplant traditional means of production. Recent experiences in Ontario, where large-scale projects have been announced and then cancelled, help point to the issues that can affect widespread reliance on—and expectations for—wind and solar power.

“The problem is the focus on central power grids,” says Ron Bergeron, who provides engineering services with Bergeron Electric in Cornwall, Ont. “There’s a lot you can do to collect energy, but then you’ve got to have the capacity to store it—and that part of the technology is years and years behind the collection part. There is an extreme focus on lithium ion batteries that deters research into better, more viable options.”

The uneven supply of wind and solar power, Bergeron points out, lends itself better to distributed energy. This is a model whereby electricity is collected, stored and used locally, rather than fed continually to the grid.

“To me, this is the future of our society,” he says. “Renewables should be distributed. Each home will have three modules: one for collecting, one for storing and one for distributing. When that happens, electrical contractors will find both AC and DC systems in buildings.”

“Many people are now supplying their own energy with a distributed model,” CanSIA’s Bateman agrees. “Technologies like battery storage and electric vehicle (EV) charging stations are also growing in popularity, which can be closely linked to renewable sources.”

“Canada’s energy future will depend on how the country can remain competitive in a global context,” says Jean-Denis Charlebois, NEB’s chief economist. “Technological innovation is key.”

This article originally appeared in the December 2018 issue of Electrical Business Magazine.